On Thursday morning we were planning on driving straight to Vienna, but after seeing the castles and pretty drive along the river the night before we decided to drive back along in the daylight and stop at Castle Aggstein.  I am so glad we did this, the castle was one of my favorite things.  It is maintained in a sort of crumbling state, and I love castle ruins.  It is also built up on the top of one of the hills and right into a rock.  We had so much fun exploring the castle ruins. 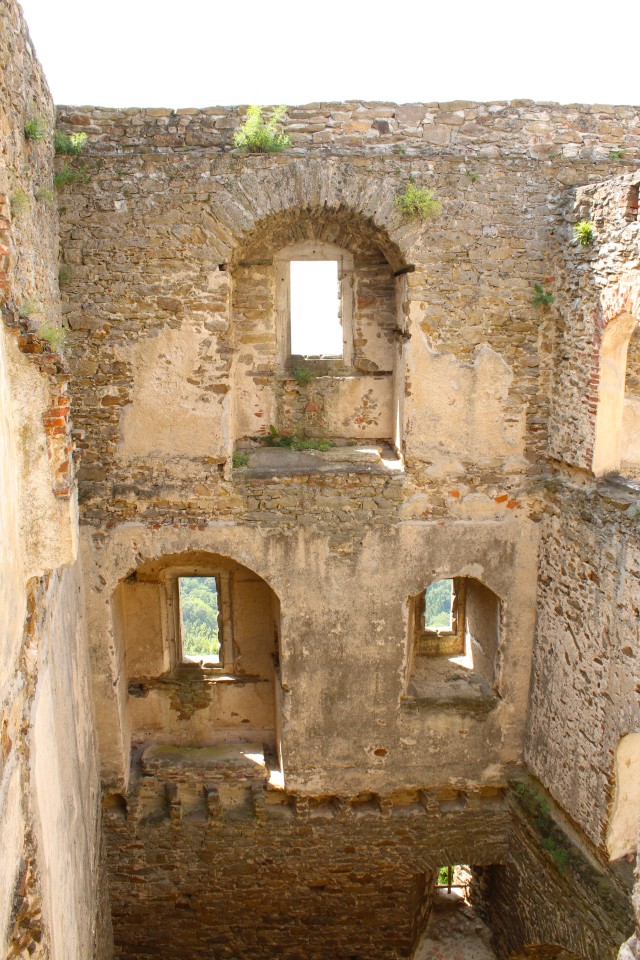 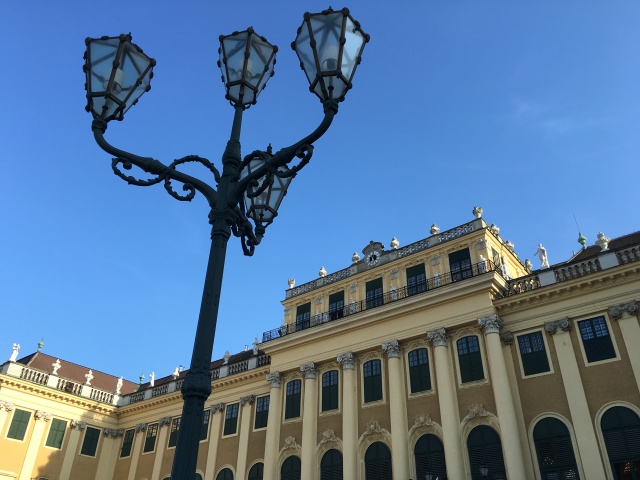 We drove the rest of the way to Vienna and after checking in at the hotel headed to Schonnbrunn Palace.  It is a pretty impressive size.  We had all had enough of antique royal furnishings, so we just decided to walk around the grounds, which were pretty extensive.  It was a pretty warm day, which was not my favorite.  There were a number of different statues and fountains among the sculpted tree lined pathways.  Behind the palace is a hill and at the top there is a little pond and pavilion with a view of the city.

There is a large palm greenhouse on one side of the gardens and we went inside to see all of the plants.  My dad loves greenhouses. 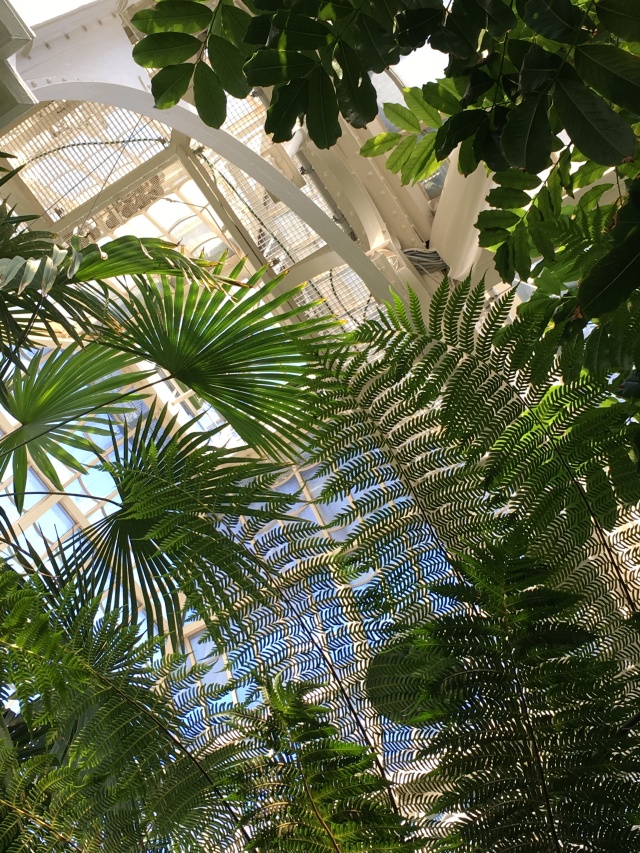 On Friday morning we went to the mile long open market in the morning and got some dried fruits and nuts and pasties for breakfast as we walked through.  We took the ringstrasse trolley over to Votive Church and walked along to the Parliament buildings and other historic buildings along the way.  I really liked the architecture in this area.  Most of the buildings had lots of character but were all white/gray in color, and not just in the cathedrals and government buildings.  It was really pretty. 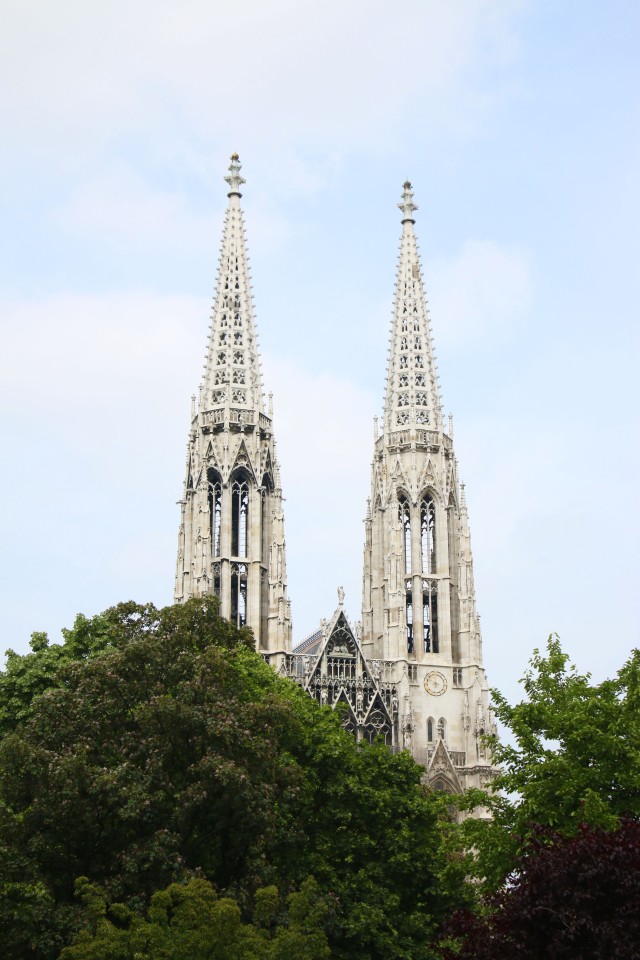 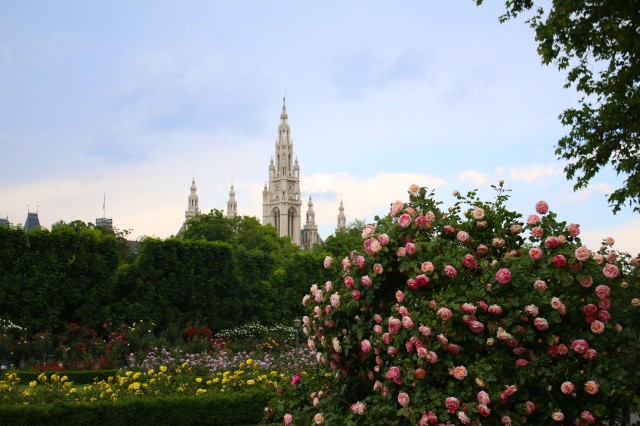 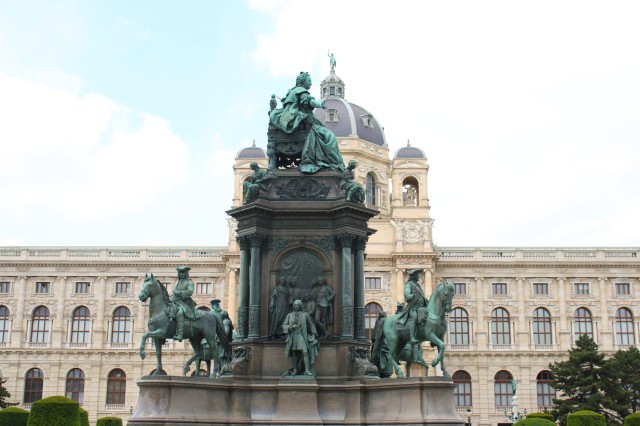 Rachel and Chani wern’t feeling well at this point, so they stayed and rested in a park by one of the Hapsburg’s palaces while the rest of us went to the Kunsthistorisches Museum.  I thought the building itself and the extravagant interior were more impressive than most of the artwork. 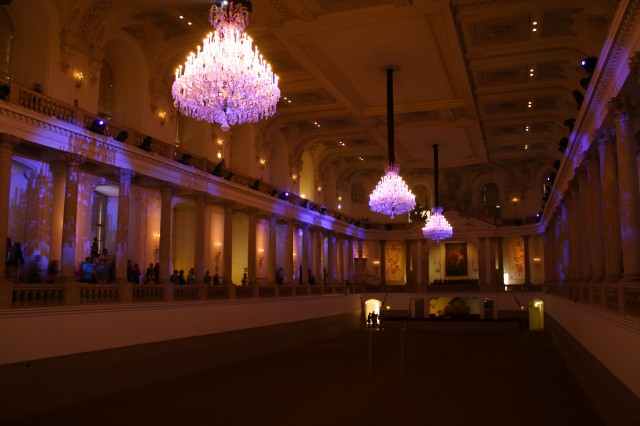 That evening we went to the Spanish Riding School with a special performance with the Vienna Boys Choir.  That was really fun.  My mom has wanted to go see both of them for a really long time.  I really enjoyed the choir and the horse jumping acts were pretty cool, but overall I thought the rest of the performances by the Spanish Riding School were a bit anticlimactic.  But I am guessing that the fault is with me not understanding the difficutly of the horses performances.  It looked really simple and easy, but I am guessing it isn’t.  It was still fun to see.  I don’t know if it was because we were pretty tired, but Vienna was one of my least favorite cities so far on the trip.  I am glad we went, but not one that I will be dying to go back to again.  I enjoyed the smaller Austrian towns and countryside much better. 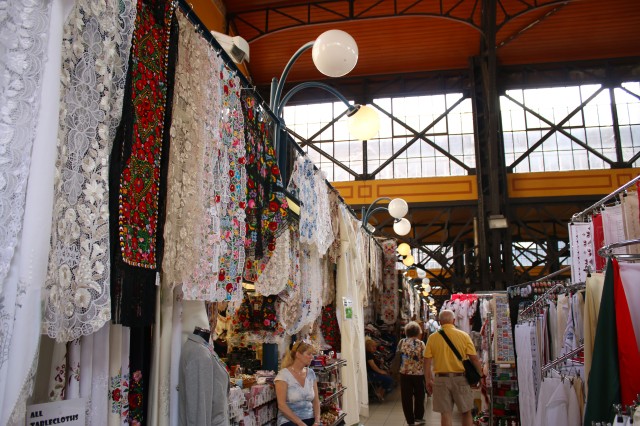 On Saturday we packed up and Rachel and I took the train to Budapest.  We returned our car once we got to Vienna since our rental agency wouldn’t allow us to return it in Budapest.  They didn’t want us driving it in Hungary…

Dad, Mom, Andrew and Chani drove their car and we met up with them at the indoor market.  That was a really fun market.  I loved all of the hand embroidered tablecloths and runners. 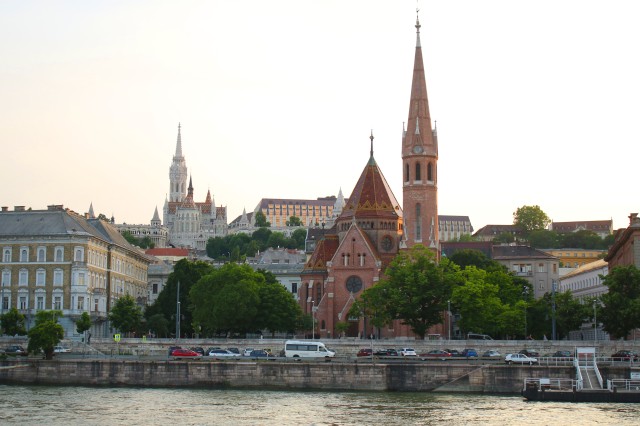 We wandered around the city looking for a traditional Hungarian food market that we never ended up finding, and finally just got something quick to eat and took a river boat cruise just at sunset.  It was so pretty.  I love the views of the palace and the Parliament buildings along the river.

After the cruise we went up to Gellert Hill to get a beautiful view of the city and the river at night.

On Sunday we went to the palace.  I loved the Parliament building across the river, it was so pretty.  We wandered around the palace and along down to Fisherman’s bastion.  There is a really cool sort of miniature castle.  There was a museum in the castle that we spent quite a bit of time in.  It was a really hot day and the last day of our trip and we all seemed to be pretty exhausted.  We were all happy to take many small breaks to sit and drink some water. 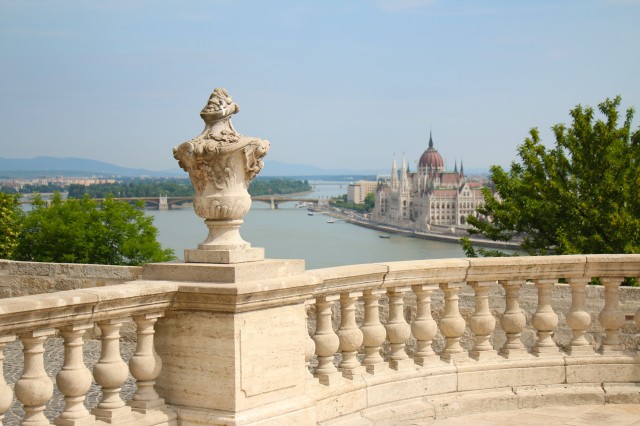 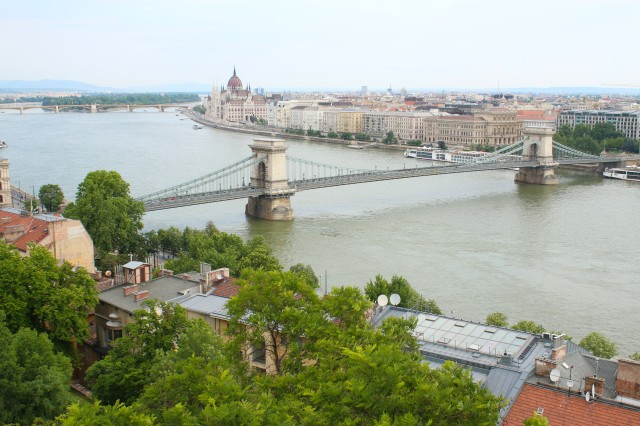 In the afternoon we tried to find another market that our family had come across when they were there at the beginning of the trip, but it wasn’t there that day.  Budapest markets didn’t work out well for us.  So we went to the small island in the middle of the river that is one large park.  There is a fountain towards the entrance that had a small sort of trough running all around it where we could sit and dangle our feet in the water while watching the changing fountain and the music show.  That was so nice, it felt so good on our hot and tired feet.  We walked around the park a bit more before heading back to the hotel early in the evening so I could pack up and get ready for my very very early flight home the next day.  I was so exhausted when I got back, it took me about a week to recover from the lack of sleep, but it was such a great trip and we were able to see so many amazing sites.

I also made a video of the whole trip.  The degree of improvement between this video and the Orlando one isn’t as large as I would like it to be… but I guess that will take time.  Still fun to see.  For me at least! 🙂