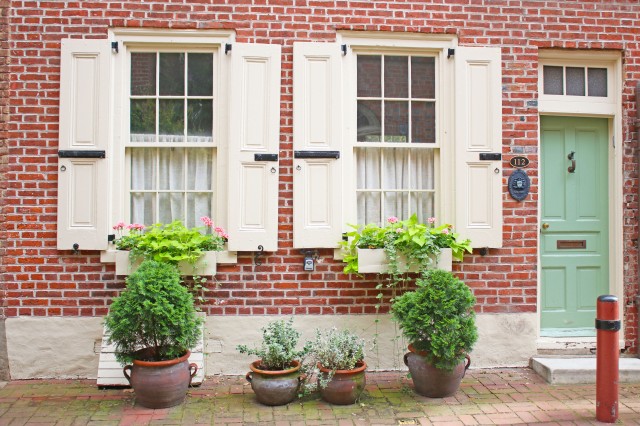 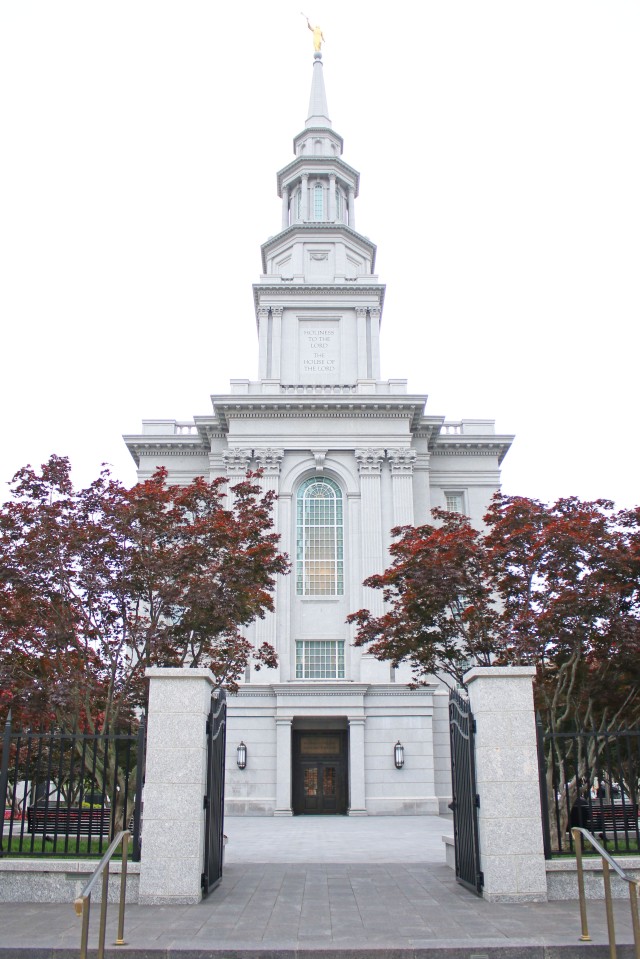 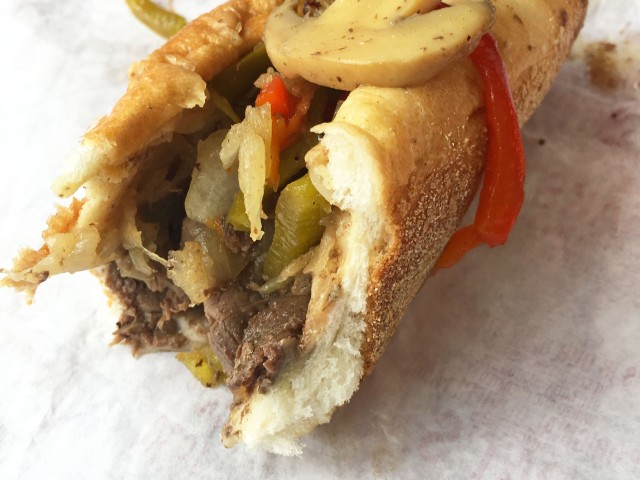 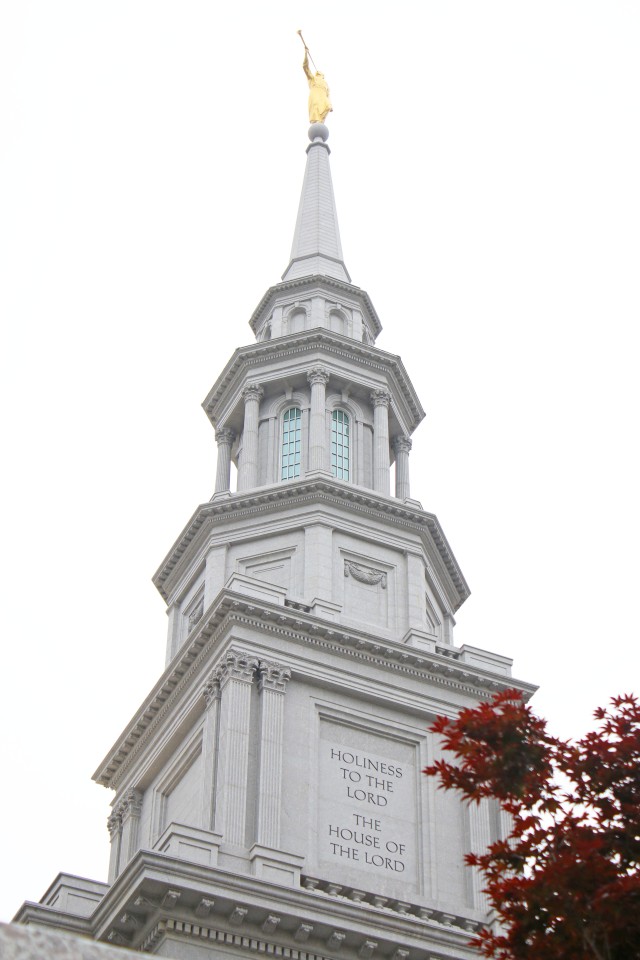 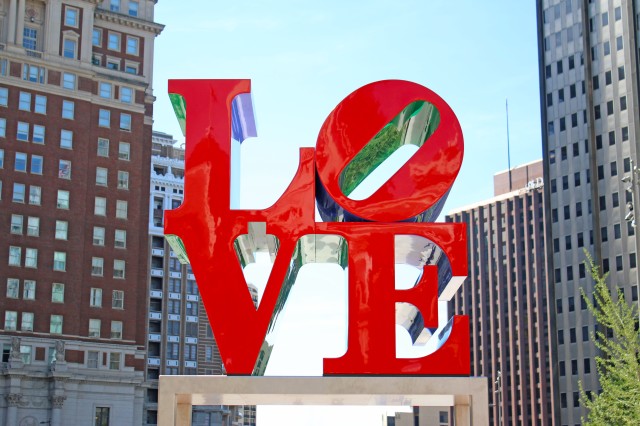 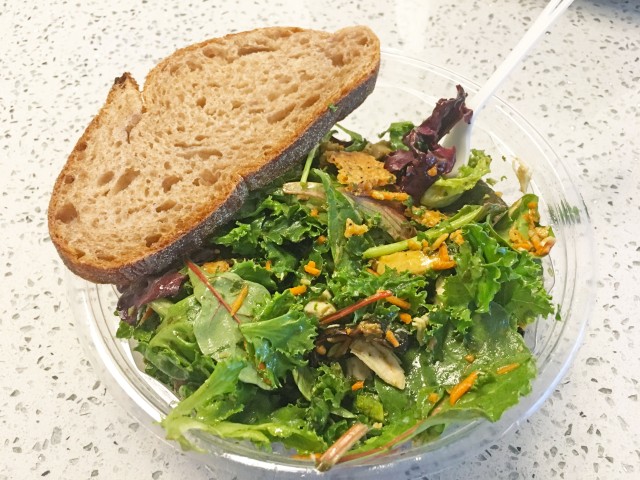 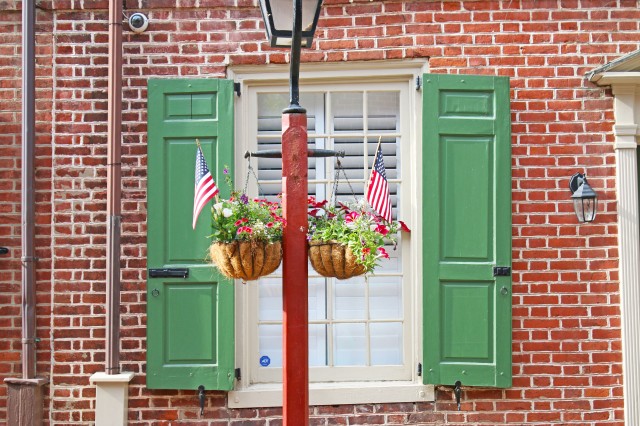 On Saturday morning, after driving out of New York, we headed to Philadelphia.  I was born in Philly, but the only time I have been back was about 20 years ago and we stopped for just a couple hours and the only thing I remember is eating a Cheese Steak while my dad talked about how he has never had one better than in Philly.  So it was fun to spend a few days there and get to know the city where I was born.  Our first stop, even before going to the hotel, was the Philly temple.  It was a bit overcast and foggy and I loved that.  I loved how the temple took many of the design elements from the city.  So pretty!  After the temple we tried to find out hotel, which was a bit of an ordeal.  We stayed in an apartment building where 2 floors were converted into a hotel and there were specific instructions that were emailed to us about how to get in, which we didn’t see until after we got there, so finding it was hard.  But we made it, and it was on the 24th floor and had floor to ceiling windows with a great view.  That night we tried to go to dinner at Reading Terminal Market, but it has really early hours, so there was a Sweetgreen close to the apartment, and I have been dying to try it and it was seriously the best salad I ever had.  I am so sad there isn’t one in Seattle.

Our first day we headed out to the Museum of Art and the famous Rocky steps and walked along the river walk to Boathouse row.  After that we tried to go to the Italian Market, but all the restaruants were closed.  It was right next to the Philly Steak places though, so we got that instead.  It was another hot and humid day, so we headed over to the historic section where all of the sites and museums are clustered together.  We visited Carpenter’s Hall where the first Continental Congress was held, and went to the Revolutionary War Museum.  It was so nice to escape the heat and humidity for a few hours.  Then we walked down to Elfreth’s Alley, which is the oldest continuously inhabited street in the US and it was the cutest street ever.  We were right next to the Ben Franklin bridge, so we decided to walk across it to get the view of the city, which ended up being not the best decision.  There was no shade and not much of a breeze and it was long.  It was soooo hot and our feet were still pretty sore and blistered from New York, so it was a bit grueling.  Then we had to walk even further to the park for the view.  It was a really cool bridge and view, so I am glad we did it, but I was so happy to get back to our air conditioned hotel room and lay down for a bit.

On our second day we got some breakfast at the Reading Terminal Market then went to the Liberty Bell.  We were planning on touring Independence Hall at this point, but didn’t realize that tickets go so fast and you have to be in line early in the morning to get them.  So we visited the Denver Mint and the Constitution museum and Ben Franklin Square.  Then we walked around downtown, to visit Love park and Town hall.  That night we went to the Philly’s game, and it had another great skyline view of downtown, behind the stands.

Our last day, we got up super early to wait in line for the first time slot tickets for Independence Hall.  This was a really cool tour, I loved being in the room where so much history occurred.  After the tour we packed up and headed out to Valley Forge.  I realized that I didn’t actually know that much about it.  I love going to all these sites, in Boston too, that had pivotal roles in the founding of our country and learning more about each one and how it impacted everything.  That was the end of our Pennsylvania portion of the trip and we drove on to Atlantic City that afternoon. 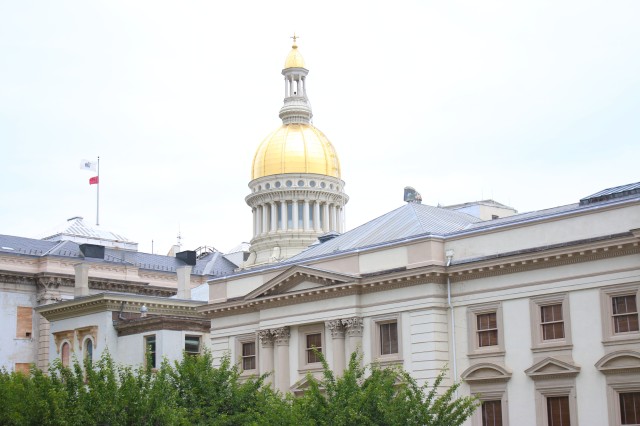 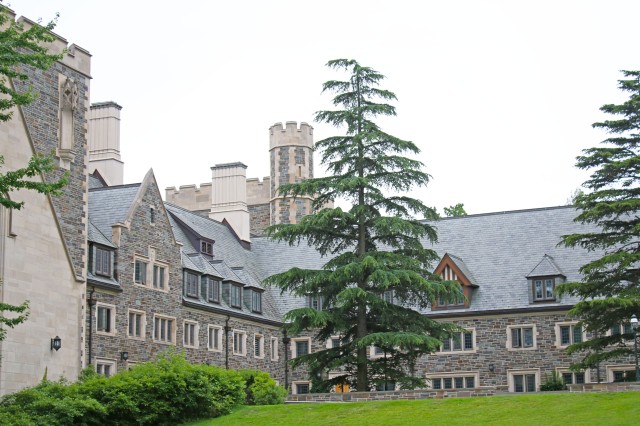 We spent Tuesday afternoon in Atlantic City, walking along the boardwalk and sitting on the beach.  It was good to go, but it really isn’t our favorite place.  We left Wednesday morning and drove up north.  We stopped in Trenton and toured the capitol building, and it was a really great tour.  We really enjoyed it.  It was so interesting how the building got added onto over the years and there is the coolest stain glass window that has all of these symbols representing the state.  We then went on to Princeton and just walked around the grounds.  I fell in love with it instantly.  I loved that it was not inside a city, but off on it’s own surrounded by forests and with the river running close by.  I loved all of the stone buildings that looked like castles and covered in ivy.  It was so just so pretty.  After that we drove into Connecticut and stayed in New Haven that night.

Thursday morning we stayed in New Haven and walked around Yale, which I actually liked even more than Princeton, although it was a hard choice.  I liked the architecture just a bit better and all of the little details like the corner windows and I liked the type of stone better than Princeton.  It was another overcast drizzly sort of day, which made it even better in my opinion.  These days were so welcome and nice after the heat.  We then drove up along the coast of Connecticut driving through a few of the smaller towns.  We stopped in Mystic, and I loved this small little seaside town so much.  It was so cute.  There was a recreation village too that we visited, and I really enjoyed seeing what life would have been like for the shipyard families that would have lived there.  And the town is build on a harbor and I loved the beautiful homes across the water.  I really love the New England style houses, with their big porches and gables and charm.  There really just is something about Connecticut that I love so much.  From Mystic we drove straight over to our hotel in Cape Cod.