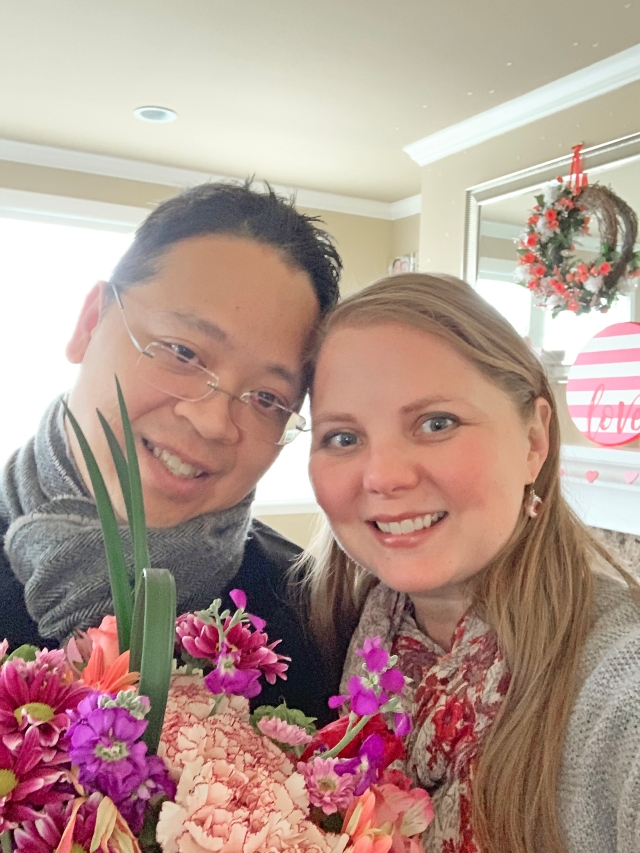 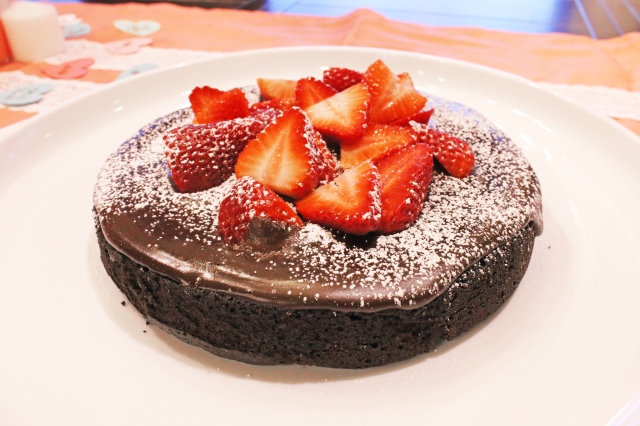 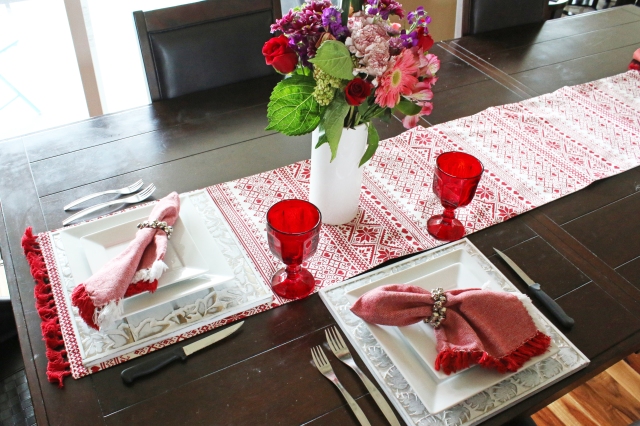 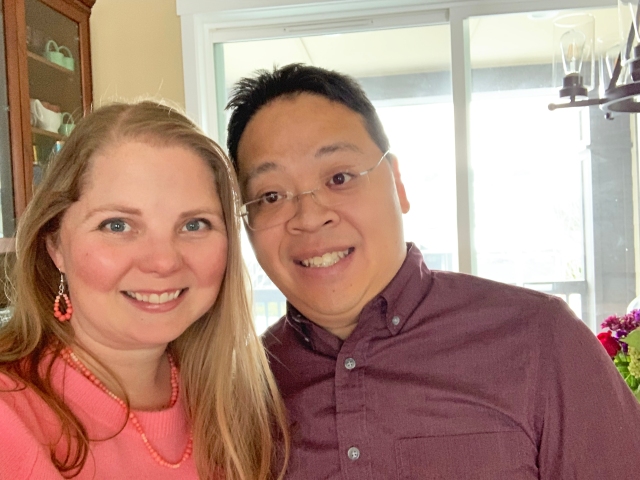 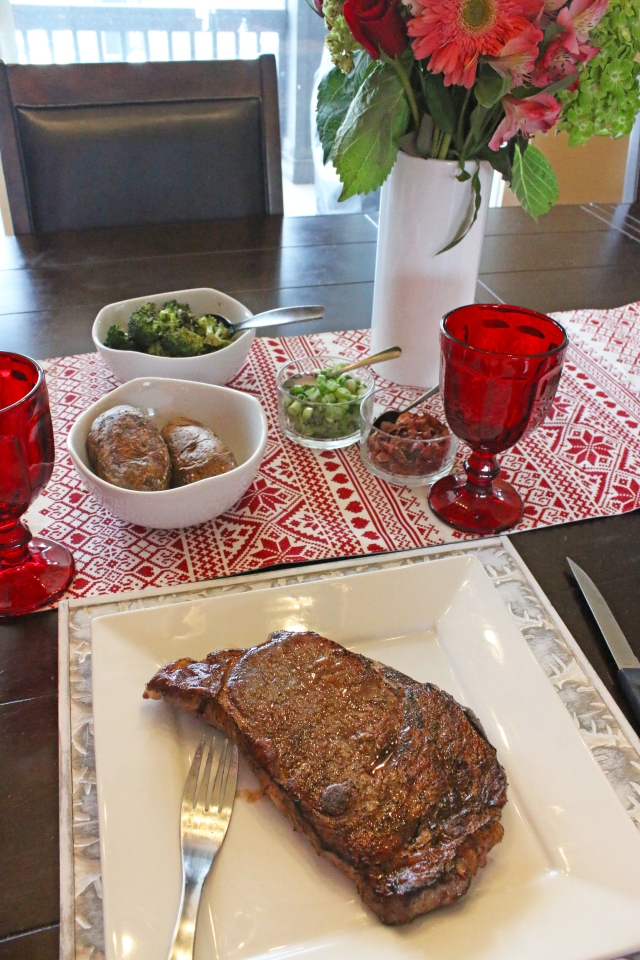 To celebrate Valentine’s day Vu and I usually go out to dinner, either the weekend before or after Valentine’s day.  This year Vu surprised me by saying that he wanted to make me dinner.  BIG SURPRISE!!! I was sooo excited.  He has gotten really interested in learning how to make Sous Vide meats and that was what he had planned.  He ordered everything to do it, but because of all of the snow that we got, the mail got pretty backed up and the post office couldn’t deliver a lot of the mail.  So on Thursday I went to try and pick it up, but there was so much backed up mail that they said there was no way of finding our packages.  At this point I knew it was too late to make a reservation for the next day, so I stopped at the store and got everything to make Vu dinner on Friday and then he was going to make his meal the next week after everything got delivered.  Well it ended up being delivered later that day… so on Friday I made him dinner and then he made me dinner on Saturday.  It was actually really fun that way.

Last minute on Friday afternoon I decided to decorate the table.  I was sooo excited to finally use these coral watercolor floral napkins that I made using fabric from Spoonflower.  I love this pattern so much!  Then I just cut out a few paper decorations with my Silhouette, some LOVE signs and conversation hearts in colors coordinating with the napkins.  I made a saucy french chicken over mashed potatoes, a salad, and a flour-less chocolate cake.  I liked it all, but Vu, who is not a big dessert person anyway, doesn’t really like dense cake and that cake is definitely dense.

Then on Saturday he made the Sous Vide steaks that were so good.  After he cooked them in the Sous Vide, he seared them on a cast iron skillet and then finished them off with a kitchen torch.  He is so excited to keep using this and to perfect them even more!  I look forward to that as well. 😋