A couple of weekends ago I threw a baby shower for my friend Carrie and her baby boy due in October.  Her nursery colors are orange, royal blue and grey and she wanted a bow tie theme.  I had so much fun doing this and I am so excited to meet Benson in a few weeks.

For the decorations I made paper dot garlands, fabric banners, and a tissue paper tassel garland.  I had a bunch of cobalt bottles and vases that I used for the our wedding so I pulled a bunch of them out and added a few orange flowers.  The “It’s A Boy” banner was from another shower Carrie had earlier that she let me use too. 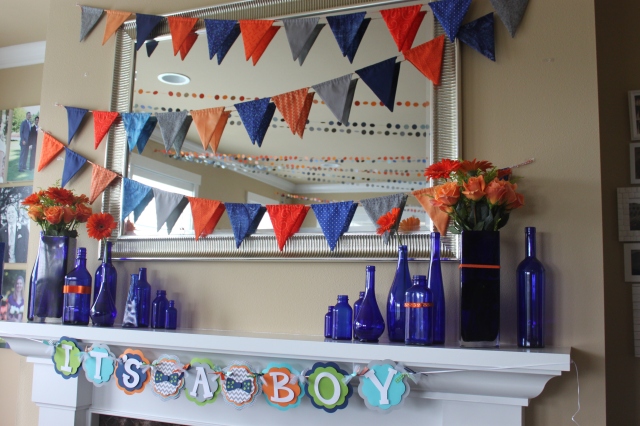 When the guests arrived I had them fill out little “Wishes For Benson” cards that I made.

For lunch we had chicken salad sandwiches, bow tie pasta salad, orange and blueberry fruit bow ties and crunchy Cheetos, with orange creamsicle punch to drink.  I made the napkins and silverware into little bow ties, and made bow tie ribbons around the mason jars for the drinks, both of which I saw on Pinterest, but I was really happy with how they turned out. 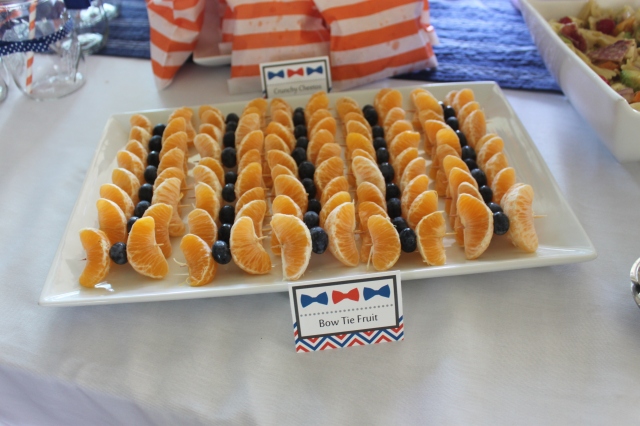 We played two games.  The first one was baby bingo.

For the second game I had 10 different stories for both Carrie and Steve from when they were young and everyone had to guess who the story was about.  I really enjoyed this one, there were some very entertaining stories about them both. 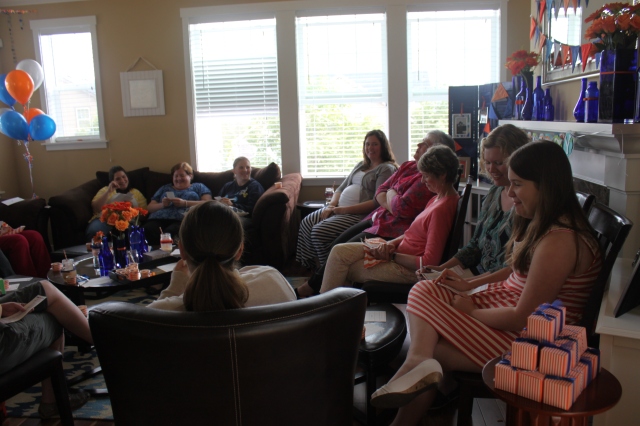 For desserts I had chocolate cake balls, orange creamsicle cupackes (which were a big disappointment), orange and bow tie shaped sugar cookies, orange gummy slices, blue raspberry rock candy and Carrie brought some chocolate, walnut and toffee cookies.  This was my first time making royal icing on sugar cookies, and as I expected I had a really hard time getting the right consistency.  I still didn’t get it quite right and over half of the cookies were not good enough for display.  I got really close to giving up on them.  I thought the orange slices were really cute, but I don’t even like the taste of them and it may just be too much work for me to ever make again.  If I am going to go to that much work, I will just make cake pops/balls.  At least they are amazing delicious.  I also made a fabric bow tie garland to hang above. 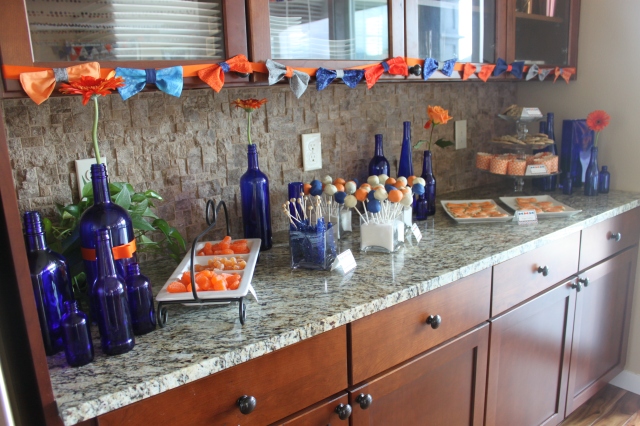 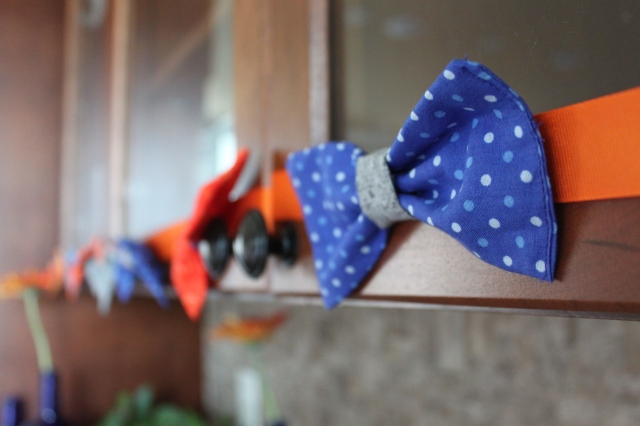 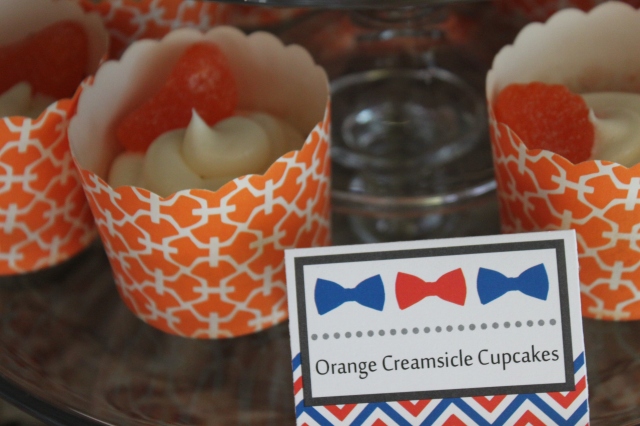 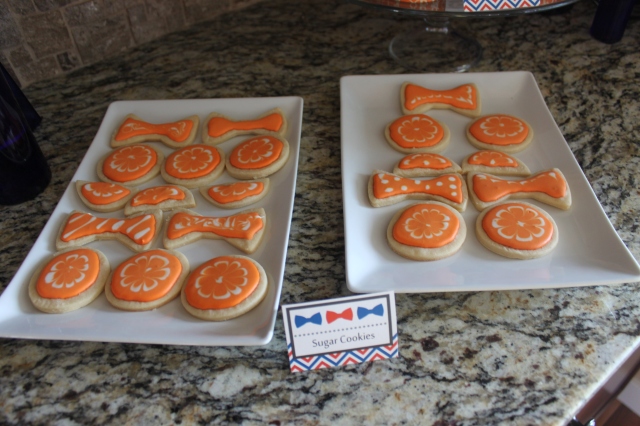 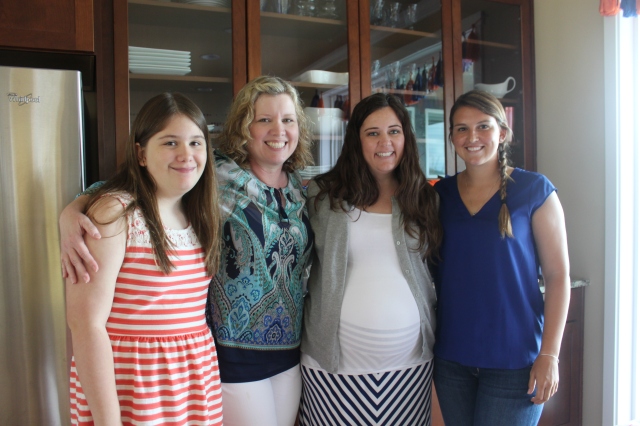 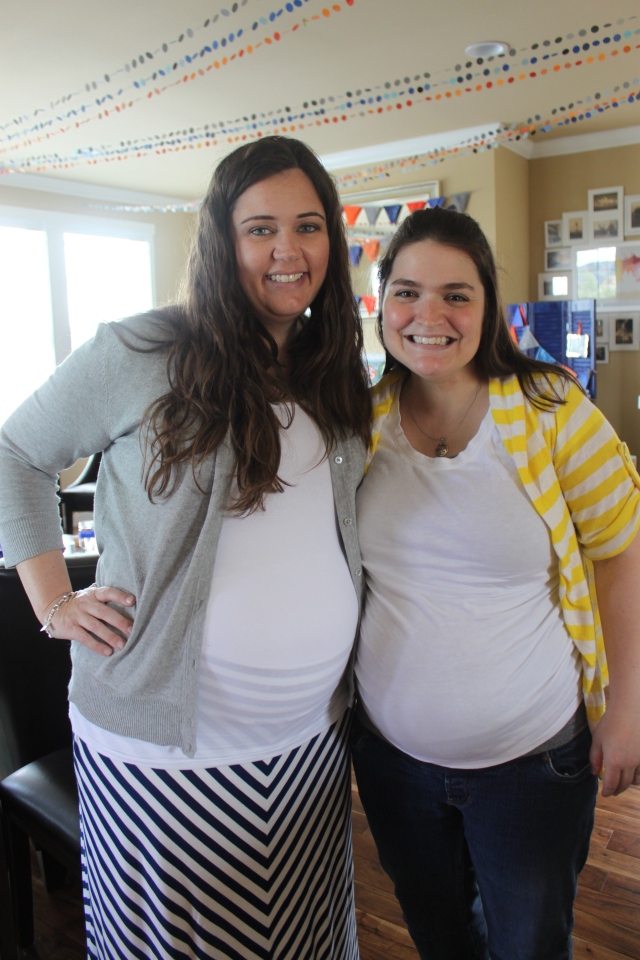 For favors I put chocolate candies in these cute orange boxes wrapped with different blue ribbon, tulle or baker’s twine. 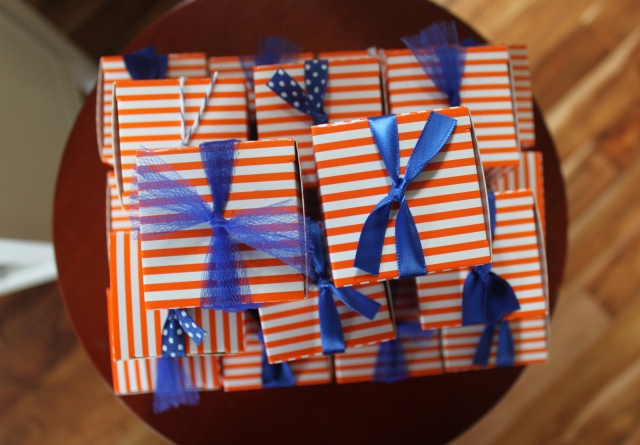 I seriously had so much fun doing this.  Now I am just waiting for Benson to make his appearance.  🙂 Good luck Carrie!