Rachel and I decided to take a last minute road trip over President’s Day to Vancouver, Canada.  We have been talking about going for probably the last 6 years or so and just never managed to get around to it.  But Rachel has been on a huge kick lately to do a bunch of the things she has always been planning to do in the area, but hasn’t gotten around to yet.  We left Sunday morning and came back Monday night.  Vu had to work on Monday, so once again he didn’t come.  We will both be so happy when he is done with his MBA!  (only 15 more weeks to go!)  Not that school had anything to do with him having to work.  School+work=very little free time to go with me when I travel for Vu :(.  Not that that bothers him…

We left early (and by early I actually mean early for me, as in I left my house at 8:30) on Sunday morning and headed up to Vancouver.  It was a perfect day!  We have had some really great weekend weather lately.  And what is with the cherry blossoms and daffodils blooming already? (Please don’t be another really hot summer…)

We really liked Vancouver.  The whole downtown area is very walkable.  Sunday afternoon we spent walking along the seawall at Stanley Park (after we figured out how to drive into the park with a minor detour into North Vancouver).  We got there right after a race had finished, so there were runners everywhere.  Since it was a beautiful warm Sunday afternoon in February there really weren’t very many people at the park… or not.  It was pretty busy. 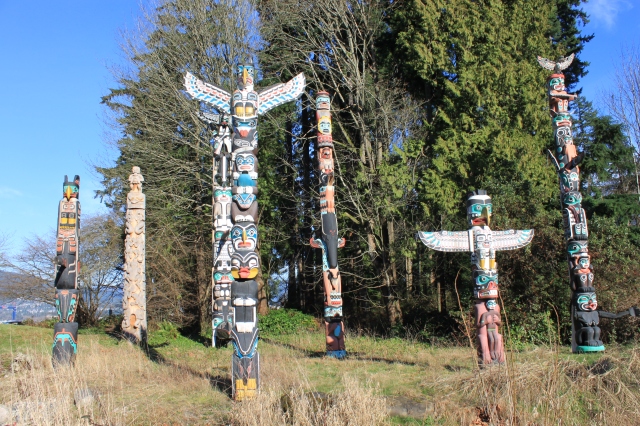 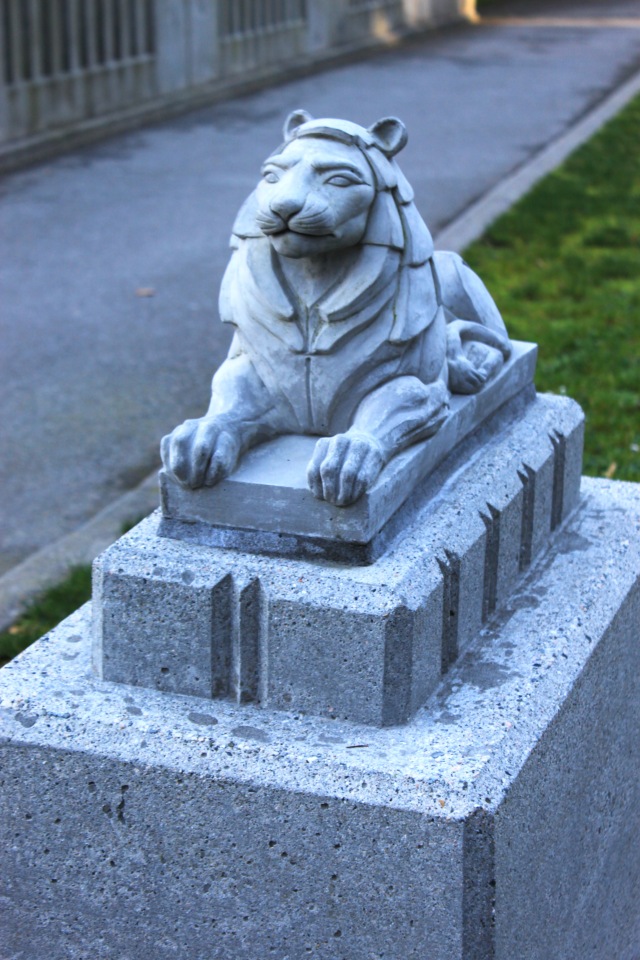 We spent the afternoon wandering around the park.  We both loved the Lion’s Gate Bridge (Rachel shares my obsession with bridges). 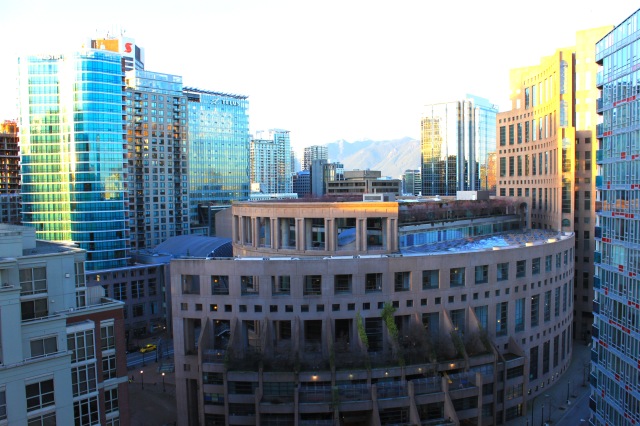 We checked into our hotel in the evening and we were on the 17th floor, which we enjoyed.  We had a good view of the library, which is a really cool building.  It reminded me of the Colosseum.

We spent the night walking around the city.  We found a gyoza and ramen place to eat dinner, which was pretty good.  It was much better than my first experience with ramen in a restaurant.  (The first time I thought the stuff you get for 10 cents at the grocery store was better than what I had.)  After dinner we walked down to the waterfront to see the city lights at night reflected in the water.  It was really pretty. 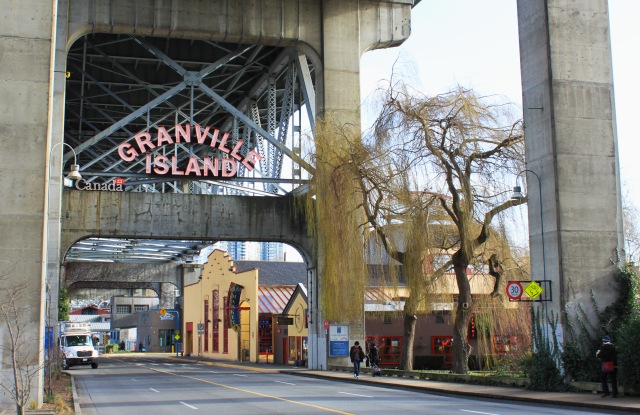 The next morning we walked from the hotel over to Granville Island to go the market.  The lady we talked to in the tourism center made it seem like the best option was to walk there, but it took us 45 minutes to walk there one way, and it seemed like parking wasn’t that bad, so we kind of wished we had driven.  Then we could have had a couple of hours to do something else.  Oh well.  The market was fun.

One of the stalls was selling Cornish Pasties (I pretty much had to try it as soon as I saw them because they eat them in Harry Potter and I LOVE Harry Potter) and it was amazing! I am officially a huge fan. 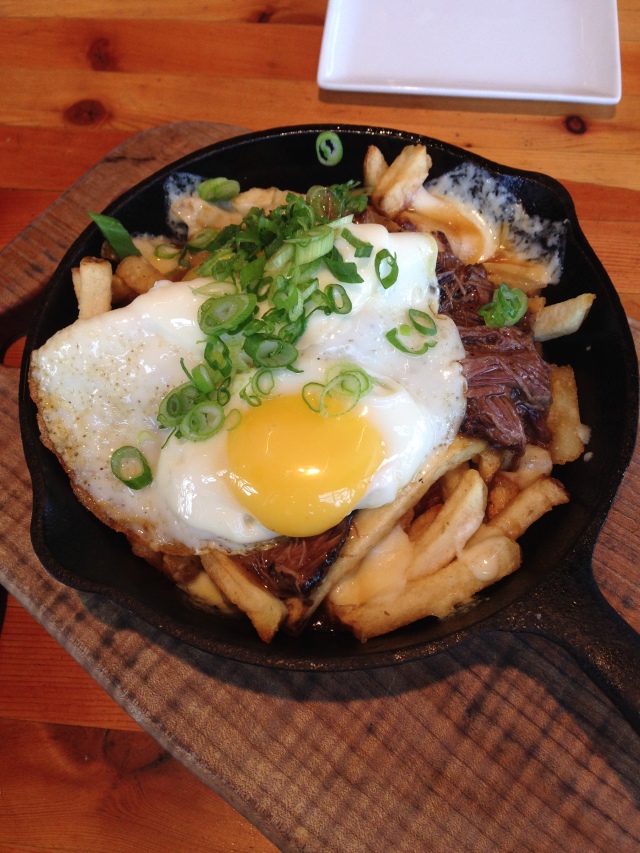 For lunch we found a restaurant that offered Poutine, which I had never heard of.  Rachel really wanted to try some and she said it was a very traditional Canadian dish.  The waiter said the original is basically just French fries with cheese curds and covered in gravy, but it has evolved and many people offer a number of other things on top of it.  This restaurant sold it with braised beef, a fried egg and some green onions on top.  It was also amazing!  It was probably a good thing we walked the whole way there, between the pasties and the Poutin.  (I am pretty sure they created this dish with Vu in mind, it has pretty much all of his favorite foods.)

After we walked back to the car, we drove a little bit north to Capilano Bridge Park.  It is a suspension bridge and according to Rachel it is the 6th scariest bridge in the world, on account of it moving when you walk on it.  I didn’t really think it was scary, but I could see how if you were afraid of heights that it might be.  There were a few people that were clinging to the side pretty desperately, especially when there was a huge movement.

We headed home after that and were able to catch the sunset when we were stopped at the border crossing.  I did enjoy Vancouver, but to me it felt a bit like New York City, but I like New York better.  It made me really want to go back to New York.  Just one more trip added to my list for after Vu graduates.