The second week I was in Boston visiting Rachel it was much colder.  It had turned cold over the weekend (It snowed in Palmyra on Sunday). Monday, October 19 I had plans to go into Boston and to Beacon Hill and to tour a couple of the houses there, but I forgot to check the hours before hand and discovered that the houses are closed on Monday and Tuesday since they are open on Saturday and Sunday.  So I walked around and enjoyed the beautiful architecture, then since I was really close to Boston Common, which is the beginning of the Freedom trail, I decided to the other half. 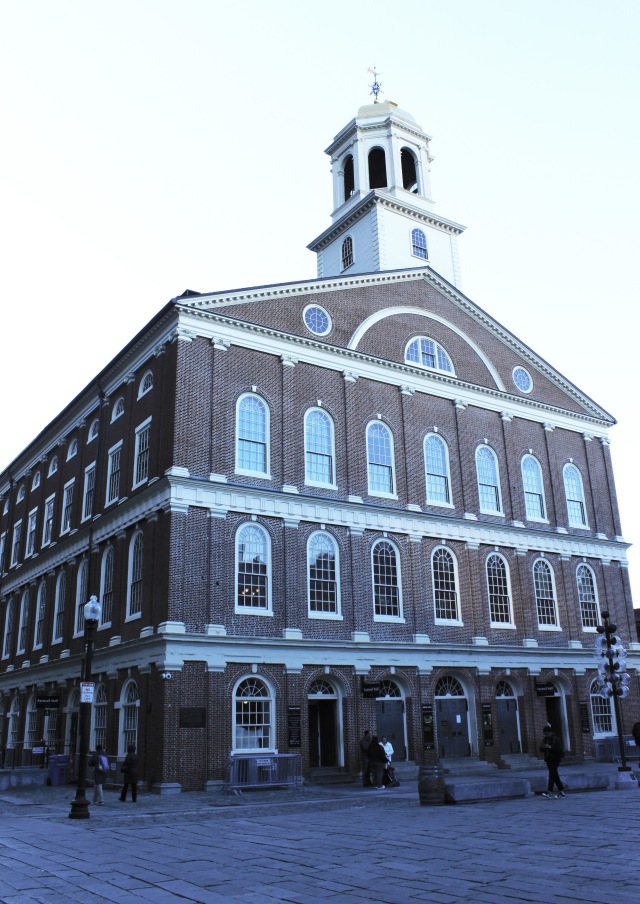 I loved learning (or relearning) all of the early history of the US and visiting those sites.  Rachel met me in Cambridge after work and we walked along Memorial Drive at sunset and then we got some dinner at Flour (some delicious warm soup) and some amazing hot chocolate at L.A. Burdick’s.   It was perfect at the end of a cold day. 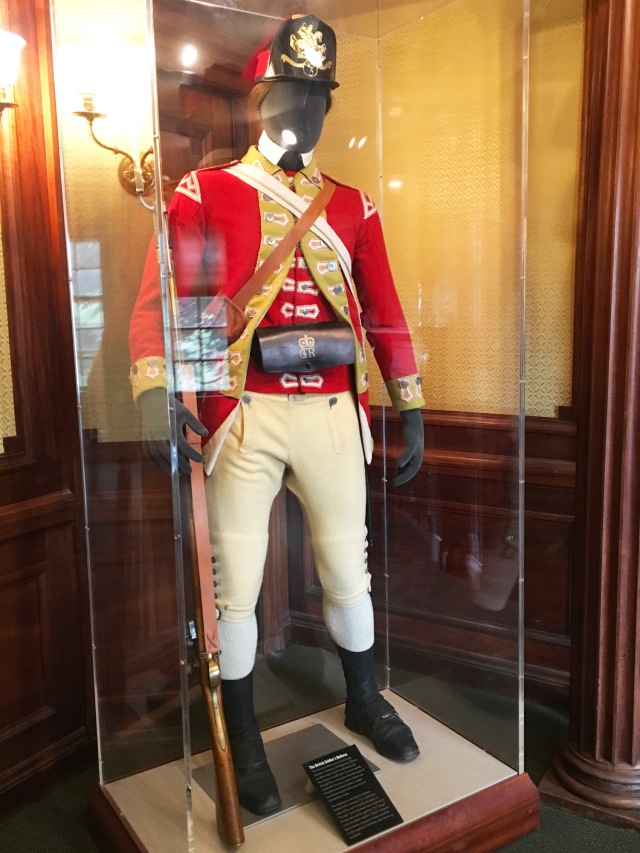 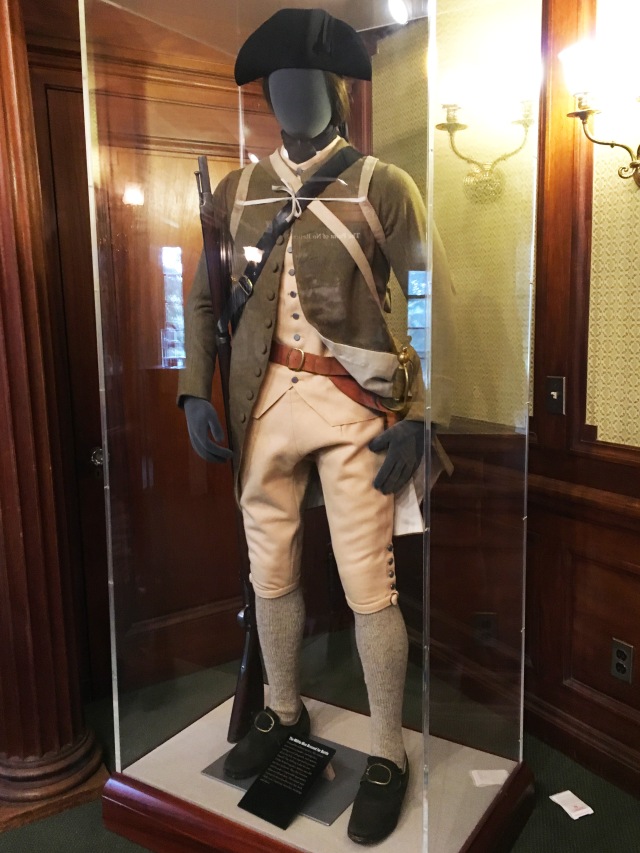 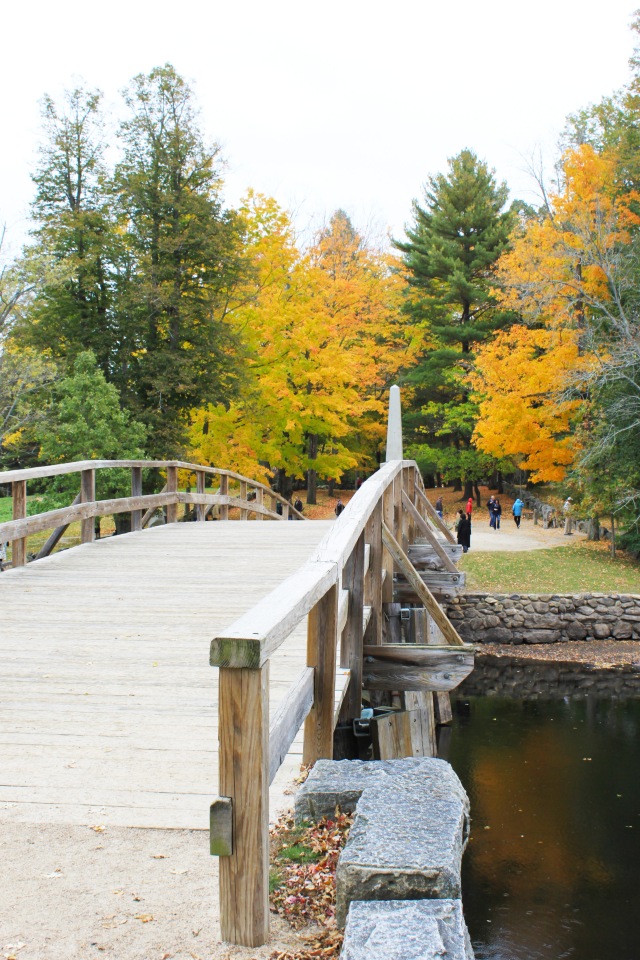 On Tuesday I went to Concord with Maddison and her little 2 year old son.  We went to the museum, old north bridge, Minuteman memorial, Sleepy Hallow graveyard and Author’s row, and Orchard house (Louisa May Alcott’s house).  There were a lot more colorful trees in Concord than I saw in Boston. 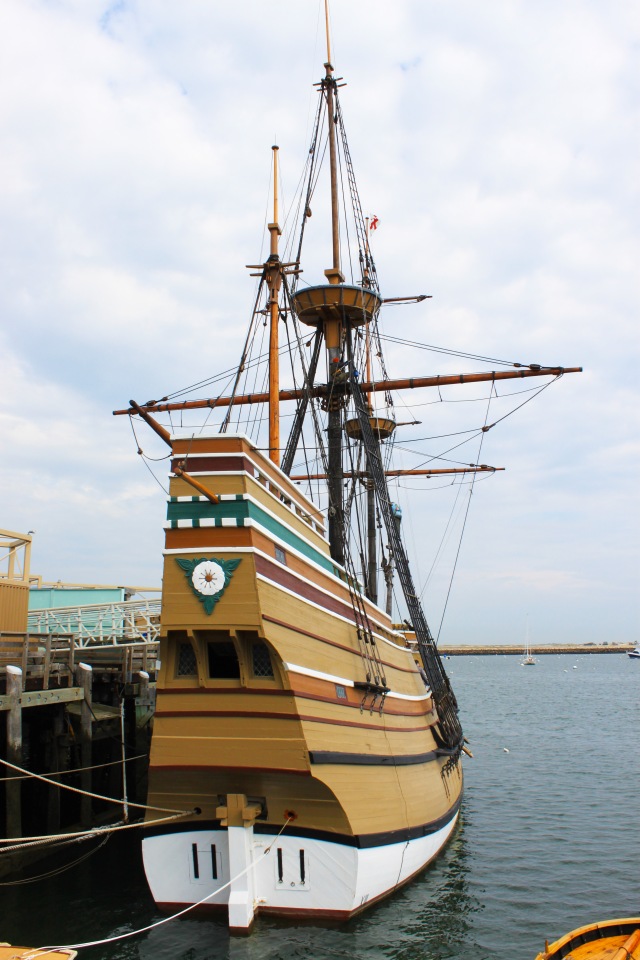 On Wednesday, Maddison came out with me again, and we went to Plymouth.  We saw the Mayflower II, which is a replica ship of the original Mayflower.  You can climb on board and visit the different levels.  They have “passengers” on board that will tell you all about their “voyage” and “landing” and answer any questions you have.  I really enjoyed this.  I have a few ancestors that came over on the Mayflower and I made sure to ask my mom before hand what their names were so I could see them on the lists.  We also visited Plymouth Rock.  It is pretty small.  Apparently over time people had been breaking off pieces of it to take home as souvenirs and it has been moved a number of times and broken in half and then finally attached back together and then fenced off to protect it.  There were a few other monuments and memorials to see as well.  It was also fun to visit here after visiting Roanoke in August.

On Thursday I had to find a Nike store because the shoes I had brought with me proved insufficient for all of the walking that I was doing (in other words I had a few enormous blisters).  The one I found was near Fenway, so I went to see the Boston Public Library, which I LOVED.  The libraries in Boston are so great.  Rachel took me with her one night to her local one, and I couldn’t believe how cool it was.  I could move there just to use their libraries. 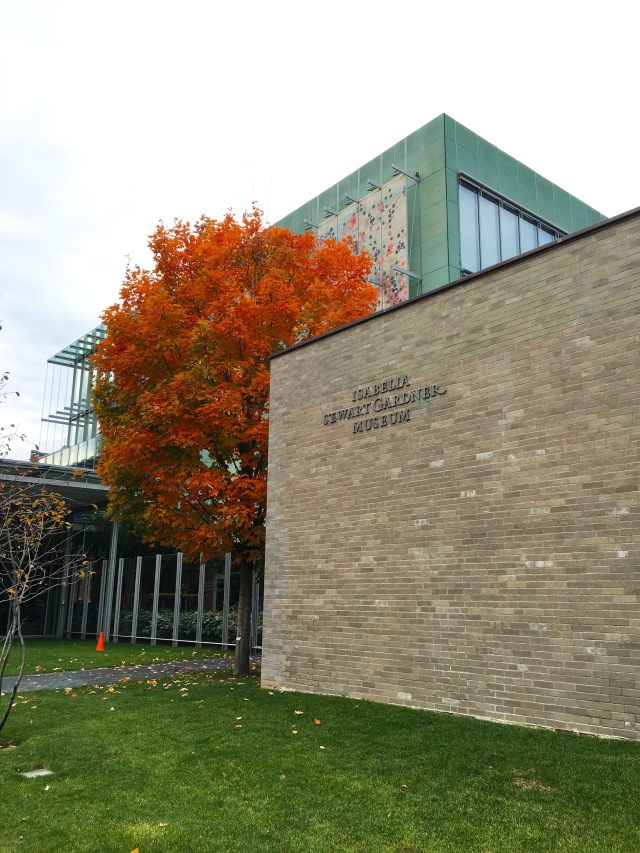 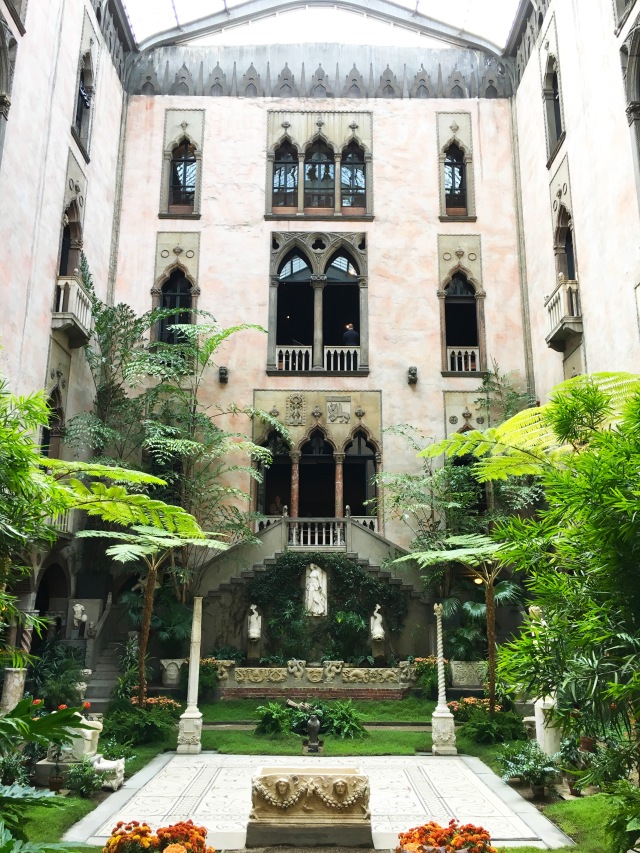 I walked from the library to the Isabella Stewart Gardner museum.  I walked along the “Emerald Necklace” on the way, which is a ring of parks in Fenway.  This museum is one of the coolest museum’s I have been too.  Isabella curated her own collection of art from famous artists and then build this mansion with the intention of using it as a museum and then just lived on the top floor.  She designed each room according to the art that would be placed there, like a gothic room or Italian Renaissance.  My favorite was this beautiful courtyard (which was the only thing you can take a picture of).  Another interesting point, when Isabella died she left the museum only if nothing was changed, and if it was then it would all be given to the other museum.  However, in 1990 about 15 pieces were stolen but they couldn’t change anything, so they have the empty frames with a plaque inside saying what used to be there, but was stolen. 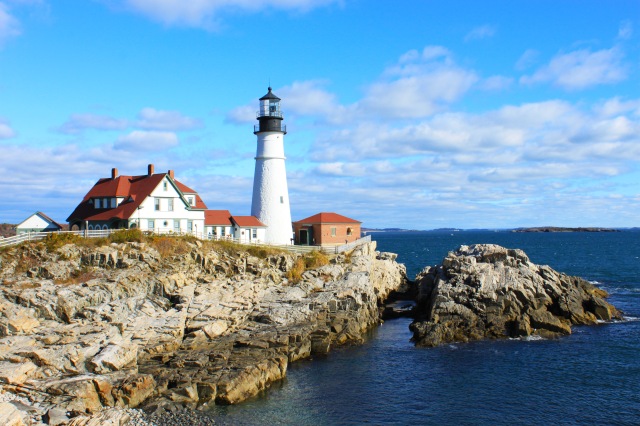 On Thursday night Rachel and I left for the weekend again and went up to Maine to Acadia National Park.  We stopped for dinner at one of Vu’s coworkers that lives in New Hampshire, and then drove on and stopped in Portland, Maine for the night.  In the morning we went to Portland Head Lighthouse.  It is such a pretty lighthouse with the New England rock around it.  We also went to the Cape Elizabeth Lighthouse before driving up to Acadia.  We took the scenic drive on the way up so it took all day.  We got to Acadia just as the sun was setting and it was one of the most beautiful sunsets I have ever seen, but unfortunately we were driving on the freeway and didn’t get a picture of it.

Saturday morning we woke up really early to go to see the sunrise at the top of Cadillac mountain.  This is the first point of the US that sees the sunrise.  It was a really cloudy day and freezing at the top.  It was nice to get back in the car with Rachel’s heated seats. 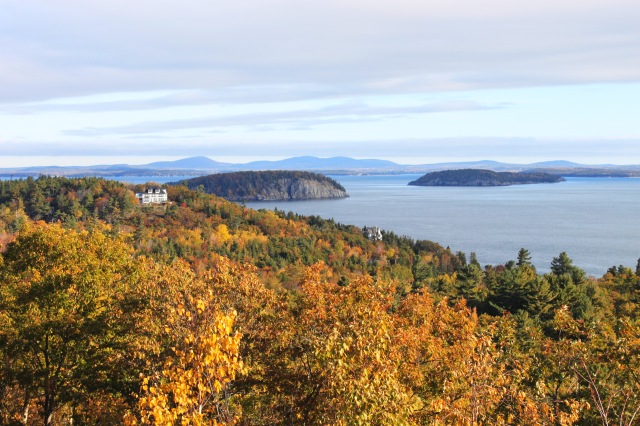 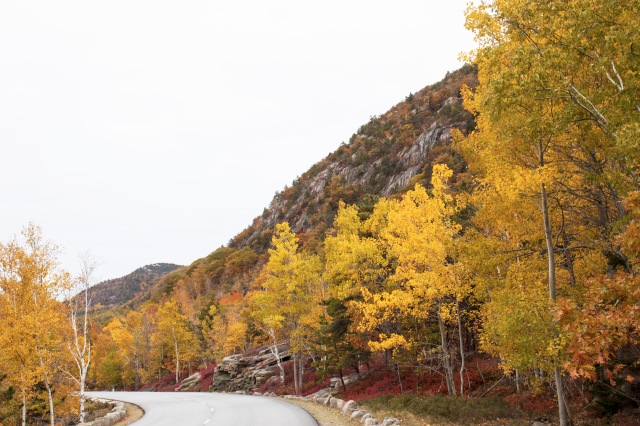 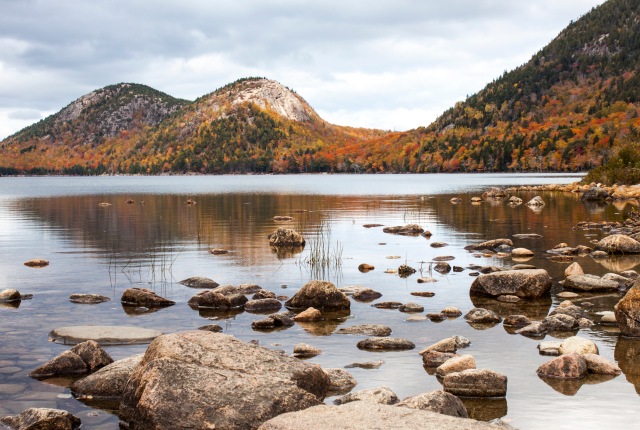 We mostly spent the day driving around enjoying the beautiful views.  We had planned on doing some hiking, but it was so cold we didn’t want to stay outside for too long.  We drove back on Sunday and did the inland scenic drive which was really pretty, but very rainy and cloudy all day.