The last week in Boston I was only there for the first half of the week.  On Monday, October 26th, Maddison and I went to the Middlesex Fell Reservation which is just a little bit north of Rachel’s house.  We did a little hike up to the tower that has a view of the whole area and Boston.  It was a really pretty view from the top. Then in the afternoon we walked over to the cememtary right next to Rachel’s house.  I loved seeing all of the Irish names because I saw the Irish immigrants memorial next to one of the churches on the freedom trail, but I didn’t see much of an Irish influence on the city.  Not like the Italian district in the North End.  It also had my favorite falls trees of the whole trip.  It was a perfect sunny day, it was so pretty.  I have been trying to improve my DSLR skills and so these pictures were taken in RAW.  Then when I got home and looked at them, I loved how pretty they were.  Then I tried to upload them to the blog and apparently it has to be a JPEG.  So I converted them and the quality decreased significantly.  The colors in the RAW file were so much better.  I delayed doing these posts for 2 weeks because I wanted to figure out to use the RAW images, or get them to look as good.  It didn’t work.  I was very sad.  But looking at them now, I guess they aren’t that bad 🙂 It is just so sad knowing how much better the originals are.

On Tuesday morning I went into Cambridge to see Harvard.  I took a tour from a Harvard student which was interesting.  The campus was much smaller than I expected it to be, but then the student body was also much smaller than I thought it was.  I loved it though.  The buildings are beautiful.  After the tour I wandered around on my own a bit. 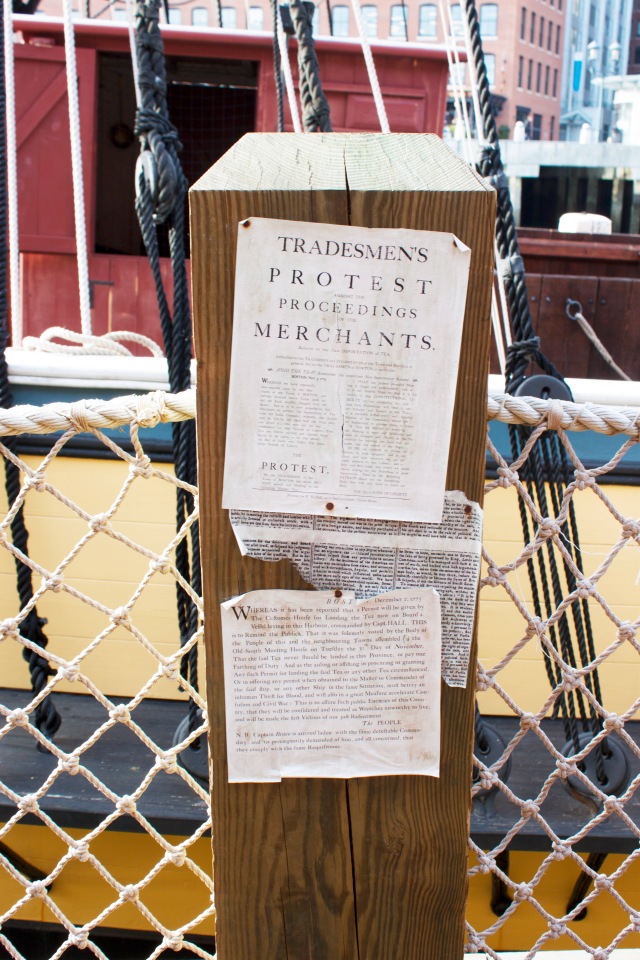 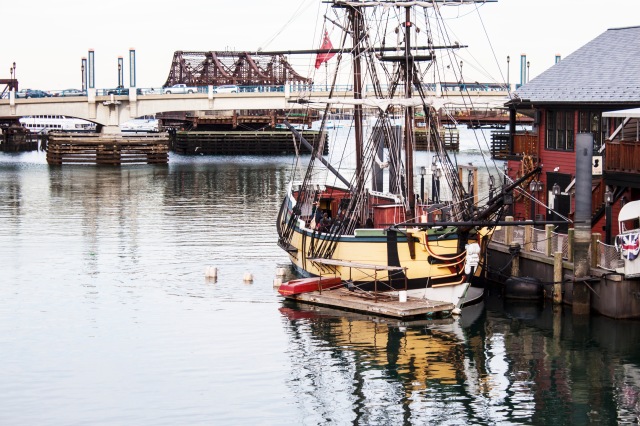 After the Harvard tour I headed into Boston to the Boston Tea Party museum.  I think this was actually one of my favorites.  I know it might not be for everyone, but I loved it.  They have you pretend that you are actually one of the patriots that threw the tea over board.  You start in a building that looks like the church they met in that night and have actors dressed up as some of the key players that tell the story as if it was happening at that moment.  I thought it was really fun.  Then you move to the ship where you can wander around and ask some more questions and then they let the kids throw some “tea packs” overboard.  Rachel met up with me after she got off work again and we went to dinner at The Green Tavern.  The Green Dragon Tavern is where a lot of the sons of liberty met to discuss the business of their rebellion.  It isn’t the original building, but still kind of fun I thought.  And I was so cold that the Irish stew I had was very welcome. 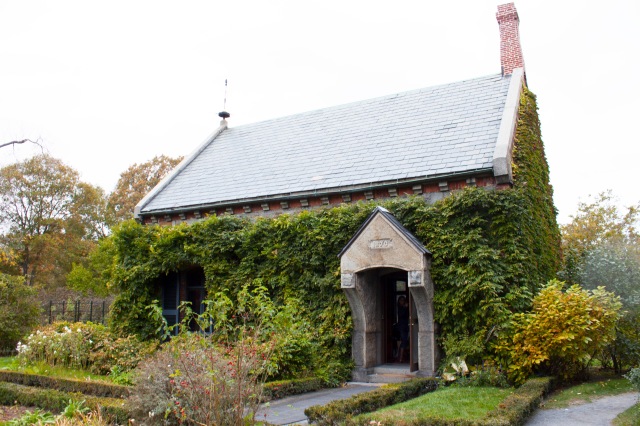 On Wednesday I took the train to Quincy to visit the John Adams homes.  There are 3 houses you visit.  The first site is the first home of John Adams where he was born, then right next to it is the house that he lived in right after he married Abigail and lived for their first 20 years.  It is where he wrote the Massachusetts constitution that was then later a sort of blue print for the US Constitution.  The third home we visited was Braintree, where John and Abigail retired, their sort of dream home (except that Abigail hated it when they moved in…).  The next few generations of Adams lived there on and off.  I loved the library that one of John Adams’ descendants (I think it was his grandson?) built right next to the main house.  I love the ivy covered brink walls and inside all of the books and the second level.

I flew home on Thursday.  It was such a fun trip and I was glad I was able to see Rachel, but after being gone for 2 1/2 weeks and more than half of September and October it was so nice to just be home.

One thought on “Boston Week 3”