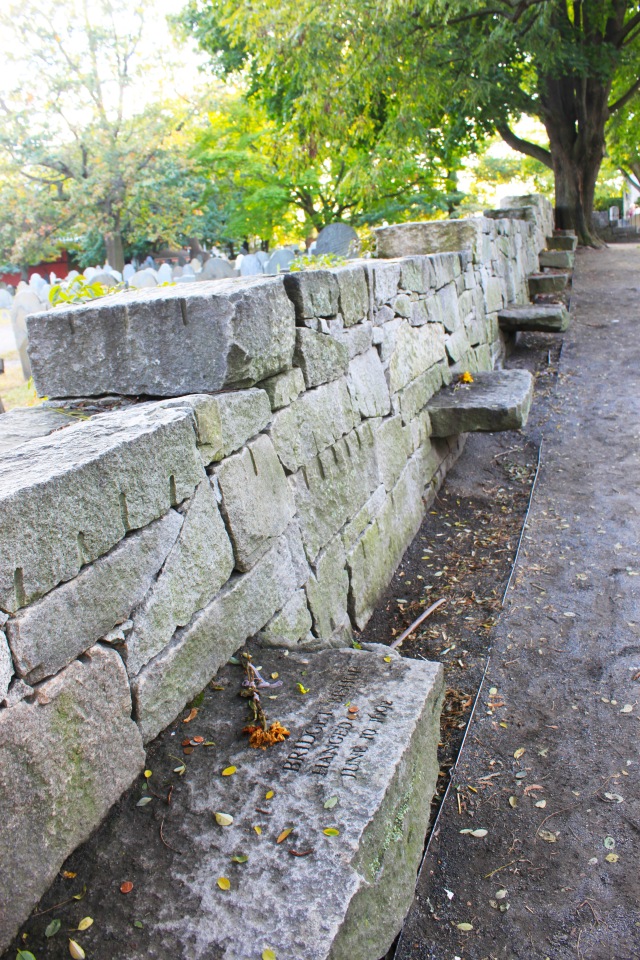 I was very sad when Rachel moved to Boston in May, but my one consolation was that I love Boston.  I have long been wanting to see New England in the fall, and the second I knew she was moving there I planned on going to visit her in October.  It also just happened that one of my best friend’s, Maddison, moved there just a few weeks after Rachel did.  And into an apartment just a couple streets away from her.  I went for 2 1/2 weeks at the end of October so I could ensure that I didn’t miss the peak of the leaves.  Rachel had to work a lot of that time, so I was so happy that Maddison was there and could do some sight seeing with me.  It was a great trip and so fun to see Rachel and Maddison again!  And I do love Boston so much.  This summer was pretty dry which is a key factor in leaf color, so I kept hearing that it wasn’t quite as vibrant as usual, but it still very beautiful.  It just means I have to go back again.  🙂 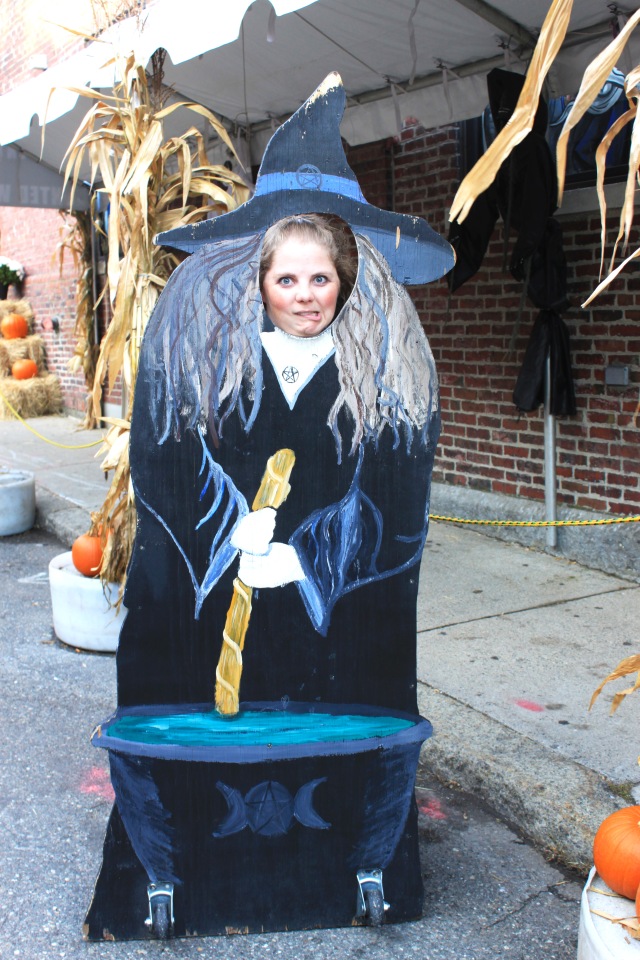 I got there Tuesday morning, October 13th, and Rachel and I went to Salem.  It was fun to see it right after having my Witch party.

The next day Maddison and I did half of the freedom trail.  I accidentally had us go backwards starting at the USS Constitution and Bunker Hill.  I did it with my family when I was a teenager and that is the order I remember doing it, so I just assumed that was the start.  It worked out pretty well though, because then we were able to have pizza for lunch in the North End, which is the Italian district.  Then Rachel joined me after she got off work for some pasta and a cannoli from Mike’s pastry.  It was all so good! 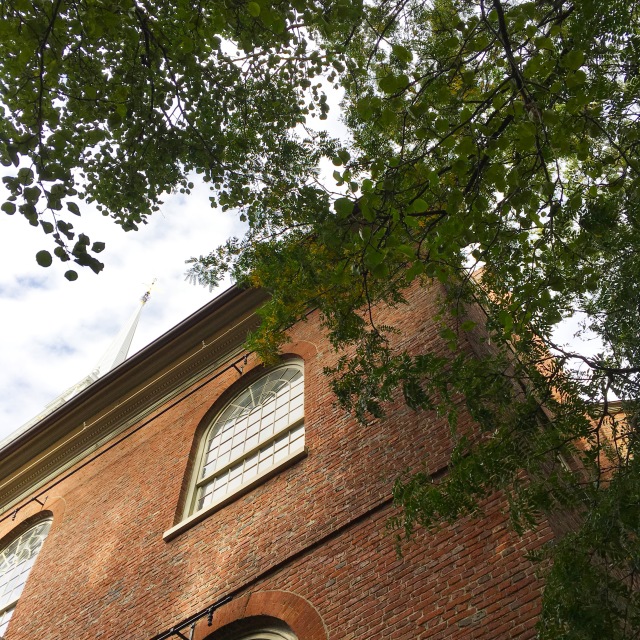 The lady in the restaurant wasn’t exactly sure what this was called, but I looked it up and I think it is a Canestrelli.  Whatever it is called it was amazing!

Rachel’s house is just a 10 minute walk from the last stop on one of the metro lines, and it was so nice to be able to just take the train into Boston.  I seriously LOVE metro’s! 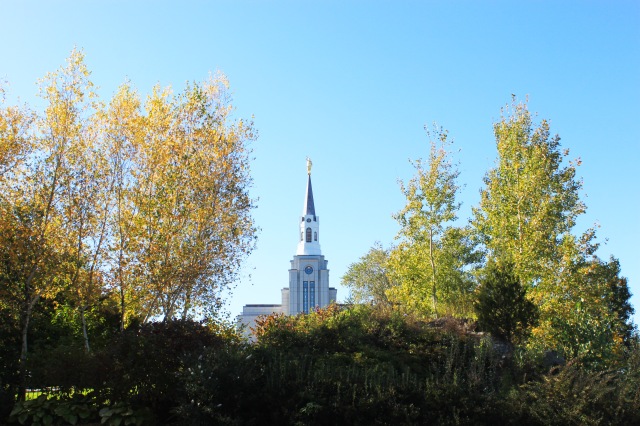 Thursday I slept really terribly during the night so I slept in pretty late.  Plus I was still kind of on West Coast time.  So I just went to the Boston LDS temple in the afternoon.

Thursday night Rachel and I left Boston and drove out to Palmyra, New York to visit my cousin Lesley and her family.  While we were there we of course went to a bunch of the church history sites.  We visited the Sacred grove, which was fun to see in the fall, and the Joseph Smith cabins and went to the Palmyra temple, the EB Grandin building and Hill Cumorah. 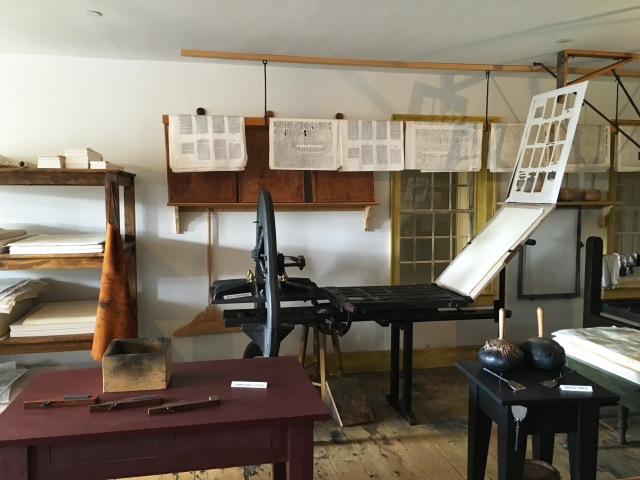 I loved visiting the EB Grandin Printing press site where the first edition of the Book of Mormon was printed.  It was also fun to see all of the book binding tools.  I worked in book repair in the library at BYU when I was in school (my cousin Lesley that we were visiting actually worked there too and got me the job) and we used some of those same tools. 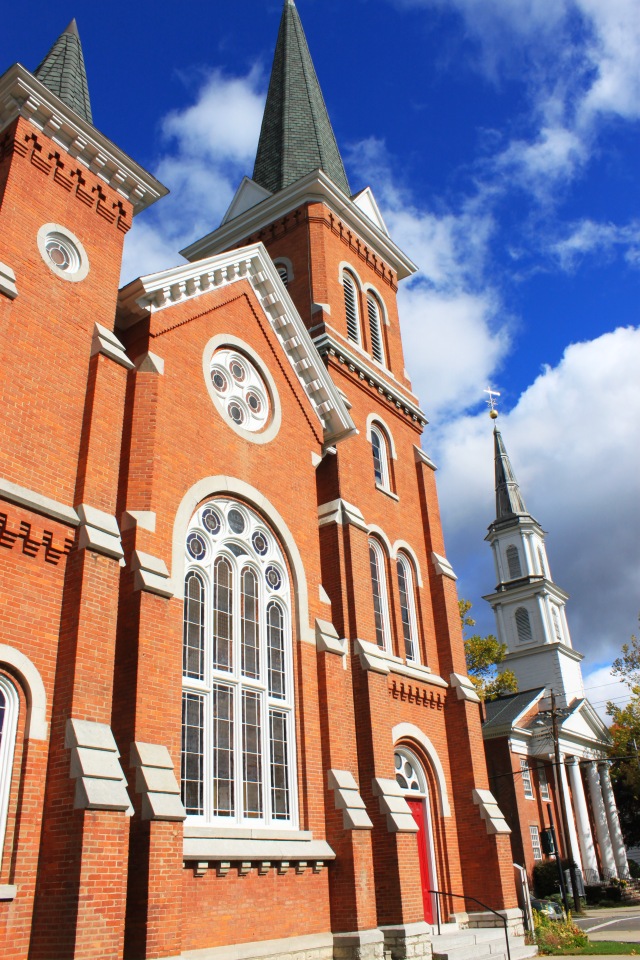 One street intersection has 4 different churches on each corner.  One of my favorite things about New England were all of the beautiful churches everywhere.

On the way back to Boston we stopped at the Baseball Hall of Fame in Cooperstown.  Baseball is my favorite sport (even though I am not really a huge sports fan so I don’t keep up with it very well) and Lesley’s husband and family are all HUGE baseball fans, so it was fun to go there with them.  I also love the movie  “A League of Their Own” so I think my favorite display was of the women’s league.

The drive from Palmyra to Copperstown and then back to Boston through all of the New York hills was beautiful. 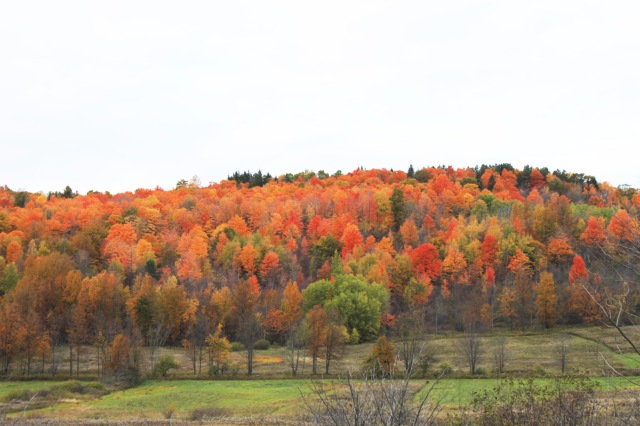