After the mini food dinner party I made a goal to host a little dinner party every month… well that was in April… of 2015… and I actually had my second one last weekend.  I don’t plan on waiting quite so long before my next one.  🙂  I also revised the goal, realizing that every month might have been a bit too often to be realistic.

I chose a fall theme for this one, with mini pumpkins, yellow and orange flowers and goblets and napkins and sort of warm and cozy foods.  We had some feta and caramelized onion pastry appetizer’s and some honey crisp apple cider to drink as everyone arrived.

I have been wanting to try some whipped butter for a long time, it is always so soft and spreadable in restaurants.  After whipping it I piped it with a frosting bag and tip.  I have been searching home decor and kitchen supply stores for weeks looking for small bowls to use and couldn’t find anything small enough, until I came across these little tea light holders that I already had, that I got at IKEA years ago.  Vu said that he wants to have his butter only like this from now on… good luck with that! 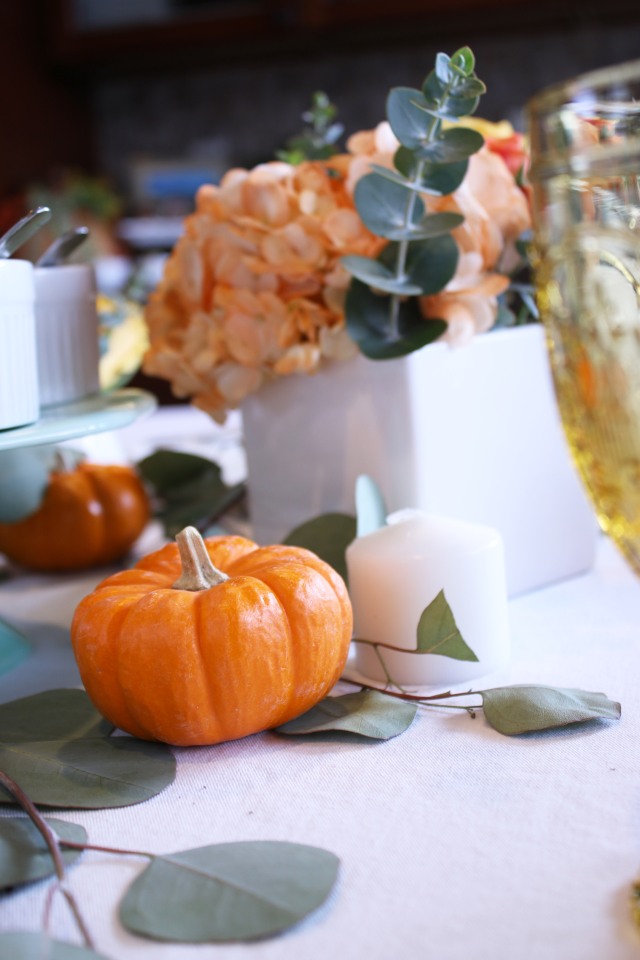 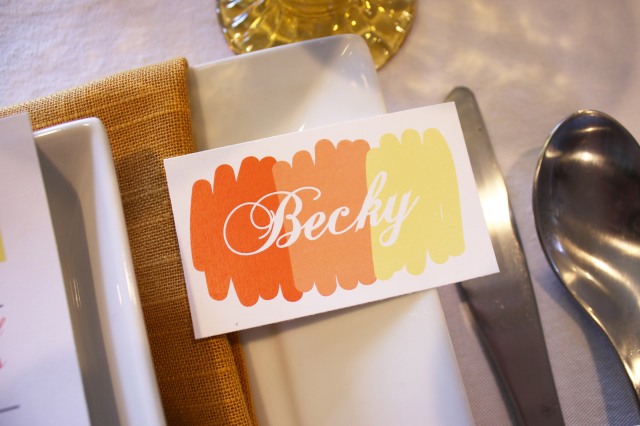 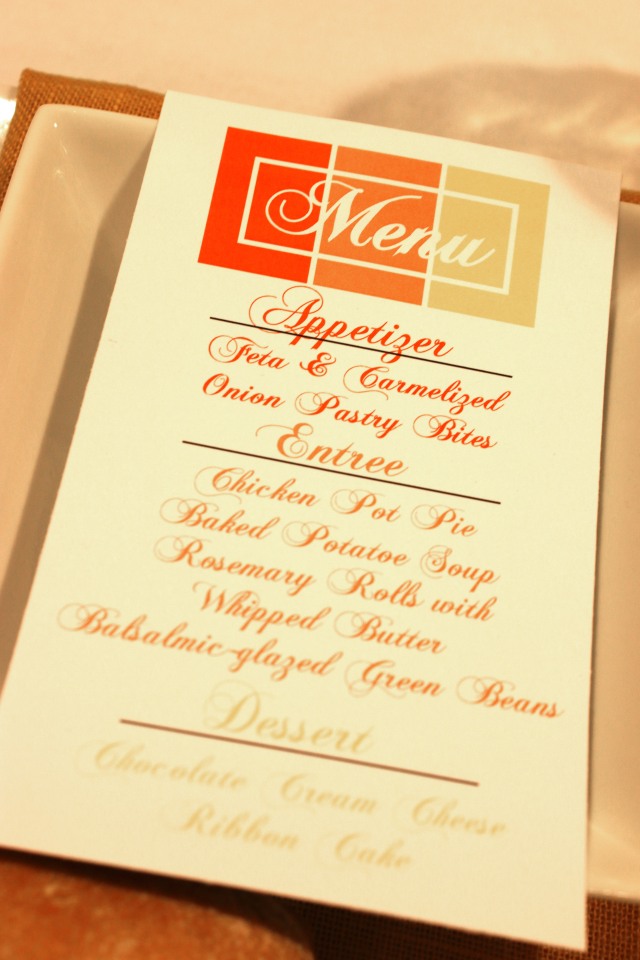 For dinner I made baked potato soup, homemade chicken pot pies and balsamic glazed green beans.  The soup and pie recipes are both from when I was in the singles ward and we had a monthly cooking class with the wives of our Bishopric members, and they are 2 of our favorites dishes. 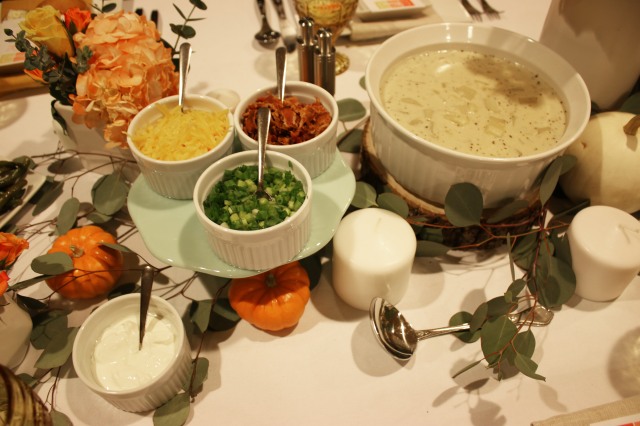 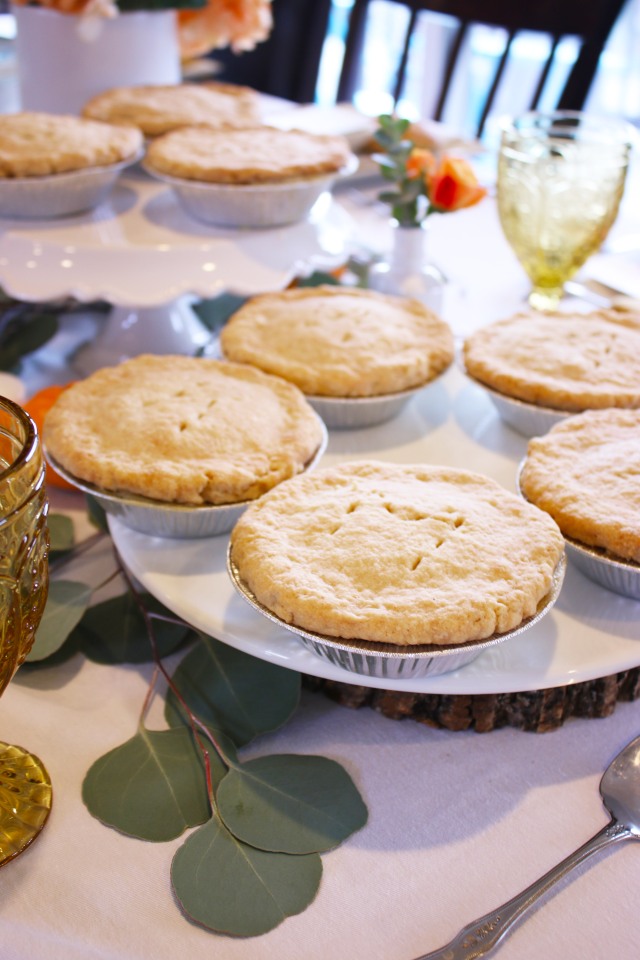 I had extra mini pie tins from the pie bridal shower so I used them to make personalized mini chicken pot pies, that were even monogrammed… I cut the vent holes in the shape of the of the first letter of each persons name.  🙂 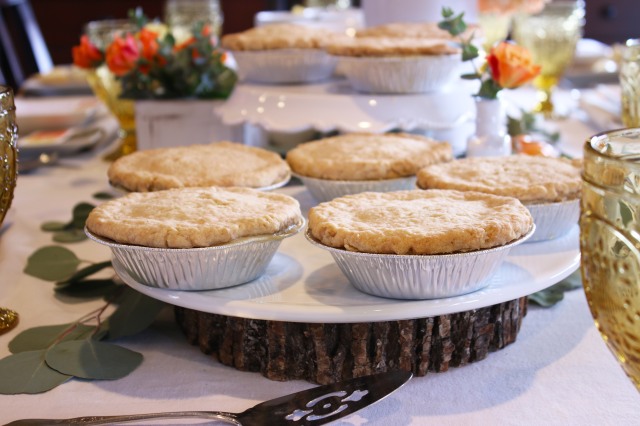 Then I made a cream cheese and chocolate ribbon cake for dessert.  It was a fun night.